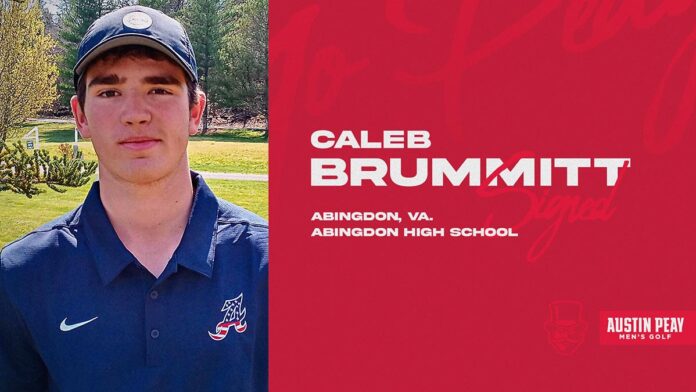 As part of the 2022-23 recruiting class, Brummitt heads to Clarksville from Abingdon High School in Abingdon, Virginia. Brummitt was recently named the 2020 Mountain 7 Player of the Year and is a two-time Mountain 7 All-District Team member.

Brummitt helped led Abingdon to back-to-back VHSL Class 3A State Championships, shooting a 2-over 74 this past season. It was the fifth state championship in the last seven years for Abingdon. Brummitt is a two-time VHSL All-State team member, posting third and sixth-place finishes at the last two state championship matches.

During the 2019-20 season, Brummitt ranked 14th on the Hurricane Junior Golf Tour, highlighted by a hole-in-one on hole three at the Vanderbilt Legends South Course. Brummitt has also qualified for the Sneds Tournament of Champions and Tennessee State Amateur. For his career, Brummitt has a low round 18-hole score of 67 with a +3.53-scoring average.