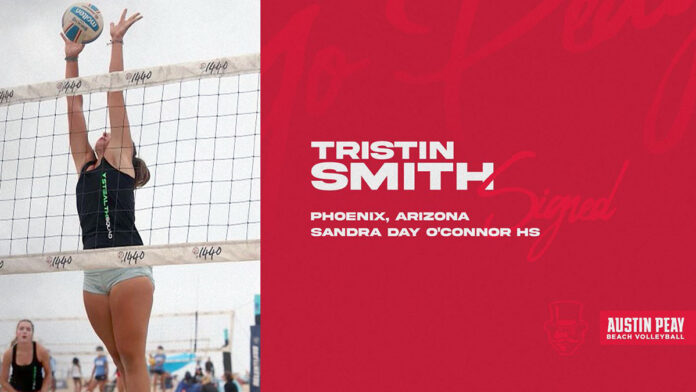 “I think Tristin has a lot of beach knowledge and will be a great addition to our beach volleyball program,” said beach volleyball associate head coach Travis LeBlanc. “Tristin is a hard worker and plays at a high level on the sand, she will be able to help us compete for championships immediately.”

The 5-11 Smith was also a middle blocker and outside hitter for the Eagles during her prep career. Smith is the daughter of Farrah and Jud Smith, she has two siblings, Lola and Riley, and plans to major in biology.