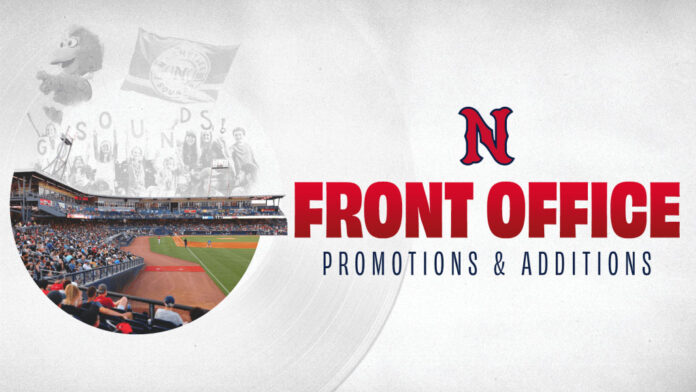 Nashville, TN – The Nashville Sounds Baseball Club announced today several internal promotions and a pair of staff additions as the team prepares for the 2022 season at First Horizon Park.

“I’m thrilled to announce a number of internal promotions and additions to our talented and hard-working staff,” said Sounds General Manager and Chief Operating Officer Adam English. “We’re proud to reward our staff with even more opportunity as they continue to excel in their respective areas. Our entire front office is busy preparing what will be a memorable 2022 season at First Horizon Park.”

Scopel is entering his 23rd year with the Sounds and was instrumental in his senior leadership role as the team transitioned general managers during and after the 2021 season. Scopel oversees all aspects of operations for the Sounds and First Horizon Park.

Gaw enters her ninth year with the Club and excels in all facets of corporate partnerships and activation at First Horizon Park. Additionally, Gaw oversees all sponsorship inventory and assists the sales and marketing staff through contract creation and fulfillment.

Fisher is entering his sixth year with the Sounds and oversees the day-to-day operations and logistics of the 10-person tickets sales and services staff.

Sigman is entering her ninth year with the Sounds while Becker enters his seventh, Holman her fifth, Kurowski his fourth, and Hargrove his fourth, respectively.


Two new hires include Jay Evans and Kelsey Wisner as Account Executives under the direction of Fisher and Kurowski.

The Nashville Sounds are the Triple-A affiliate of the Milwaukee Brewers and play at First Horizon Park. Season ticket memberships for the 2022 season are on sale now. For more information call 615.690.4487 or e-mail .