Clarksville, TN – The Austin Peay State University (APSU) women’s basketball team has gotten out to a strong start this season largely due to the strong play and consistency of Clarksville native and former Eastern Illinois standout, Karle Pace, who helped lead the Governors to a thrilling 75-72 victory over her former team, Saturday, at the Winfield Dunn Center.

Pace’s path back to her hometown after four years in Charleston, Illinois was anything but ordinary. After three straight District 10-AAA regular season and tournament titles and over 100 career wins at Rossview High School, the former Lady Hawk was not recruited by Austin Peay and committed to Eastern Illinois where she would cement herself as one of the best scorers in program history.

Pace was handed the keys to the Panthers’ program early into her career under first-year head coach Matt Bollant. She played in all 29 games as a freshman, starting 15 of the final 16 games and leading the Panthers with 12.5 points per game during the conference slate. 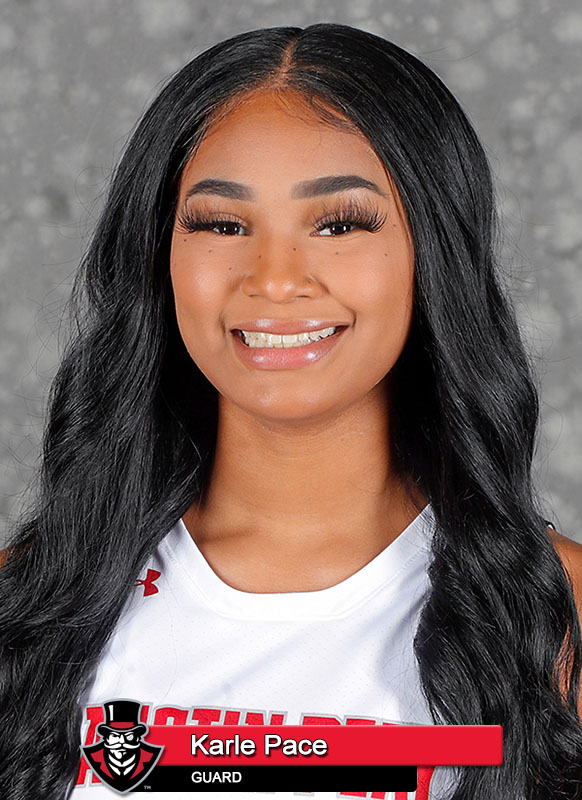 Karle Pace continued to progress throughout her sophomore season, starting in 27 of 28 games and averaging a team-high 14 points per game. While she had seen an improvement in nearly all statistical categories, the best was yet to come for the ascending underclassmen.

During her junior season, Pace became the 25th player in program history to eclipse 1,000-career points. She led the Panthers with 15.1 points per game and posted a conference-high 46.5 three-point percentage in Ohio Valley Conference action.

The First Team All-OVC selection helped lead EIU to its first OVC Tournament appearance since 2015 and claim its first postseason victory in exactly a decade with a 49-46 win against Jacksonville State, March 5th, 2020.

Despite playing in just 22 games as a senior, Pace finished 11th all-time in points at Eastern Illinois with 1,387 while her 157 made three-pointers are the third-most by a Panther.


After four years in Charleston, Pace elected to transfer to Austin Peay to play on the same floor and represent the same colors many of her childhood inspirations did.

“I love the Dunn,” Pace said. “Growing up, I went to all the games. I remember watching players like Tiasha Gray and others who were inspirations to me play here. I love to play at the Dunn and I love to pick up wins here too.”

Pace and the Govs have done well in defending the Dunn this season. With a 6-1 record at home, Austin Peay has the second-most wins in the OVC on their home court.

While the season marks her first playing home games in the Dunn, the Clarksville native is all but new to picking up victories in her hometown.

Eastern Illinois entered Saturday afternoon’s contest against the Govs on a three-game winning streak in Clarksville, with Pace doing much of the heavy lifting during those three games. She averaged over 12 points per game during EIU’s winning streak at APSU and had a 19-point outing on five made three-pointers during a 76-46 victory, February 1st, 2020.

Fast forward 348 days, the Governors and Panthers squared off once again, but this time, Clarksville’s very own was donning the red and white rather than the blue and gray.

Pace made the most of her first game against her former team with 15 points, four rebounds, and three assists to account for 24 of the Governors’ 75 points in 31 minutes on the court.

With numerous family members in the stands and many former teammates on the other bench, there was anything but the animosity between Pace and the Panthers.

“I wanted to win in front of my family, and I wanted to win for my new teammates and coaches,” Pace said after facing her former team. “The last four years it was like I had bad blood against Austin Peay because I wasn’t recruited by them, but it wasn’t that way tonight against EIU. Of course, my teammates knew I wanted to win, and they did too, but tonight I came into the game with the mentality of ‘I have to do what I do to win.”

Karle Pace is set to make her return to Lantz Arena for the final time in her collegiate career during the Governors’ regular-season finale, February 26th.

After four years of displaying her All-OVC talent against her hometown team, I believe we can all agree Clarksville’s very own looks better in red.