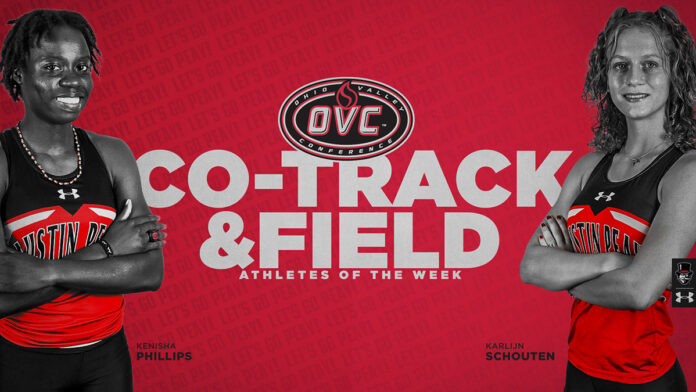 It’s the fourth week in a row Phillips has been named the conference’s track athlete of the week. Schouten earned her second weekly honor of the 2022 indoor season. The duo each recorded an event victory at the Don DeNoon Invitational last weekend.

Phillips picked up her first event victory of the indoor season, running a 24.33 in the 200-meter dash. The junior sprinter followed up her performance with a second-place finish in the 60-meter dash with a time of 7.55. Phillips had the fastest time in the prelims, registering a time of 7.59. Rounding out the day, Phillips was an integral part of the Govs 4×400-meter relay team that finished first with a time of 3:57.04.