HomeEvents101st Airborne Division to hold Week of the Eagles at Fort Campbell,...
Events

101st Airborne Division to hold Week of the Eagles at Fort Campbell, May 20th-26th 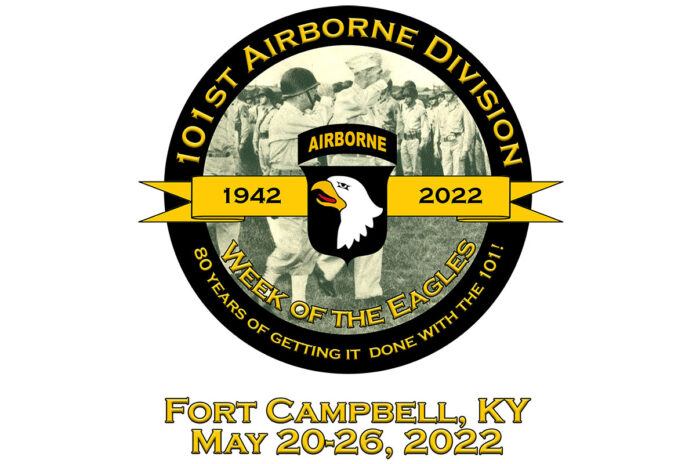 This year the 101st Airborne Division celebrates 80 years of dedicated service to our nation. The theme for this year’s event is “80 Years of Getting It Done With the 101!”

The 101st Airborne Division was activated on August 16th, 1942 at Camp Claiborne, Louisiana. The first commanding general, Maj. Gen. William C. Lee said that the division had no history, but that it had a “rendezvous with destiny.” He added that the new division would be habitually called into action when the need was “immediate and extreme” and that it would “fall on its enemies like a thunderbolt from the skies.”

The first Week of the Eagles was held in May 1973 and hosted by Maj. Gen. J.H. Cushman, one year after the 101st Airborne Division returned home from Vietnam. The week was planned as a celebration of the division’s combat readiness and featured displays, tours, reviews, and unit-on-unit military skills competitions.

Week of the Eagles honors the legacy and heritage of the 101st Airborne Division and involves both veterans and current Soldiers of the division. Key events are indicated below.

Information about each event may be found at https://home.army.mil/campbell/index.php/week-of-the-eagles.