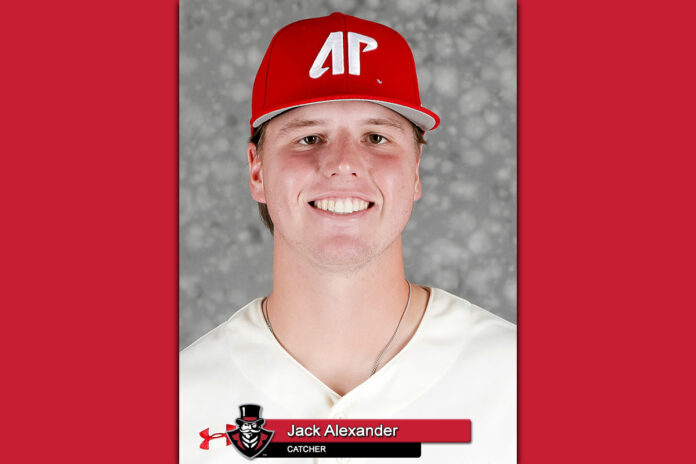 Alexander, of Belton, Missouri, was one of 11 additions to the official watch list who joined a group of 76 catchers named to the initial watch list in March. The Buster Posey National Collegiate Catcher of the Year Award is presented annually to the top NCAA Division I collegiate catcher.

Earlier this season, Alexander earned national recognition with D1Baseball.com naming him the No. 22 catcher in Division I on its March 29th Position Power Rankings powered by Rapsodo.

Defensively, Alexander has 17 runners caught stealing in 2022, tied for eighth-most in program history and nine off the program’s single-season record held by Brendan Loughrey (2000) and A.J. Ellis (2002). That total ranks second among Division I catchers this season behind California’s Cole Elvis (18) and tied with Texas’ Silas Ardoin and North Carolina A&T’s Canyon Brown.

Alexander is the second APSU Govs catcher to earn recognition on the Buster Posey National Collegiate Catcher of the Year Award watch list all time, joining David Martinez, who was a member of the 2019 watch list.