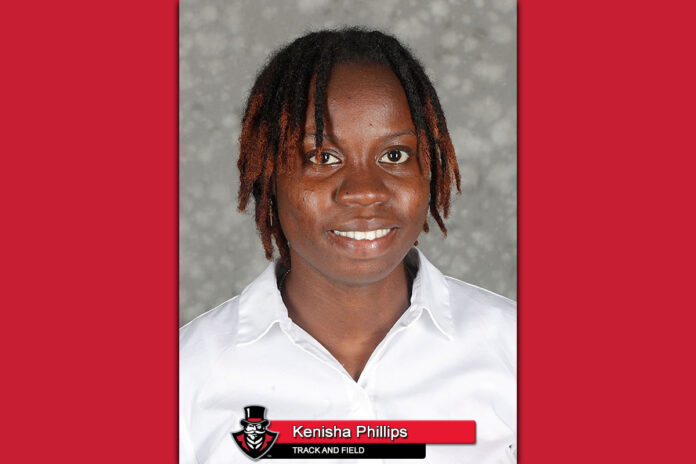 Last weekend at the Kentucky Invitational, Phillips ran in four events, placing in the top five in three of the four. It’s the seventh weekly honor for Phillips this season and her second during the outdoor campaign.

Phillips shined in the 400-meter dash at the Kentucky Invitational, finishing fourth out of 28 runners with a time of 52.69. Her time was the second-fastest time in the event in school history and placed her 19th in the NCAA East Region and 36th overall in the NCAA. The Georgetown, Guyana native followed up that performance with a sixth-place finish in the 200-meter dash with a season-best time of 23.61.

Continuing her success on the track, Phillips was an integral part of both the APSU Govs 4×100 and 4×400-meter relay teams. In the 4×100-meter relay, Phillips guided the Govs to a season-best time of 46.72 and a third-place finish. To end the meet, Phillips helped APSU finish fourth in the 4×400-meter relay with a time of 3:49.48.