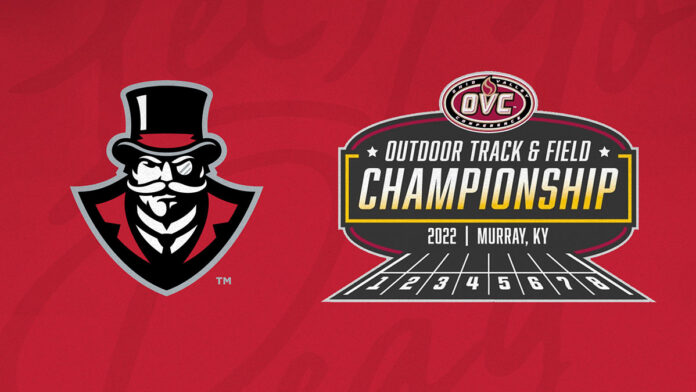 The APSU Govs begin competition in the field, Wednesday, May 11th with the discus throw beginning at 2:00pm, followed by the women’s pole vault at 5:00pm. Competition on the track for Austin Peay State University begins Wednesday at 5:30pm with the prelims of the 1500-meter. The finals in the long jump and hammer throw are set for Thursday along with the prelims in the 100-meter hurdles, 400-meter, 100-meter, and 800-meter dash.

Last season the Govs finished sixth at the OVC Outdoor Championships with 68 points while Kenisha Phillips, Karlijn Schouten, and Denia Hill-Tate took home individual titles. Phillips is the reigning OVC Outdoor Champion in the 200m and 400m dash while Hill-Tate is the defending champ in the high jump and Schouten looks to defend her title in the pole vault.

Below are the best qualifying times by Austin Peay State University in the NCAA East Region: