Clarksville, TN – On Friday, May 13th, 2022, a crowd gathered behind the Clarksville Police Department headquarters in front of the Clarksville Protector statue for the annual Police Memorial Day ceremony to honor the lives of those that gave all for their community.

In 1962, President John F. Kennedy signed a proclamation which designates May 15th as Peace Officers Memorial Day and the week in which that date falls as Police Week. One day during the week is designated as Law Enforcement Memorial Day when our fallen heroes are honored.

Clarksville Police Department Deputy Chief Rick Stalder opened the ceremony, “We are here to honor those who made the ultimate sacrifice while serving and protecting our communities here and aboard and also to honor their families.”

“To the families of our fallen who have gathered here today, you honor us with your presence. To our community, I am so very grateful, that despite the national narrative of unrest that seems to permeate every media outlet you see, our city has embraced our police officers and we enjoy a very very positive relationship,” stated Clarksville Mayor Joe Pitts.

“We choose to pause this day to give thanks to the women and men who have served and continue to serve as members of our law enforcement community. More importantly, we pause to honor the memories of six officers and one canine officer locally who gave the full measure of their devotion to duty when they laid down their lives during their shift,” said Mayor Pitts.


Pitts concluded with, “So it is today, that we mark another year to honor the seven fallen officers but to also look out over the horizon with hope, and pray, that we never have to add another name to that list. May GOD continue to bless and protect our law enforcement and their families and may GOD bless the City of Clarksville.”

Next to give remarks was Montgomery County Mayor Pro Tem, John Gannon, “We honor and pay tribute to those who ultimately gave their lives. To the family members, fellow officers, and friends of those who were taken in the line of duty, we want you to know that you are not alone. We stand with you and pray for your comfort and continued healing.”

“To those who continue to protect and serve us everyday, safe guarding the rights and freedoms of our constitution, we say thank you. You commitment and your sacrifice are appreciated. You service to Clarksville and Montgomery County is one of the leading reasons we enjoy living in such a promising community,” stated Gannon.


“GOD bless each of the families present, represented today, those who could not be here and each of you who have served and currently law enforcement. May GOD bless you,” Gannon said.

Montgomery County Sheriff John Fuson said the following, “The men and women of law enforcement stand on that line and they protect all that is good from all that is evil and wrong. They will do so with love and respect for their community.

“As we continue through this week honoring the fallen, I ask that we all take a moment to honor all of the officers who have paid the highest price for the safety of their community. I also ask our community to keep the men and women who keep our community safe constantly in their thoughts and their prayers as they continue to keep us safe each and every day,” Sheriff Fuson said.

“We also thank the retired law enforcement officers and the active law enforcement officers for their service. Law enforcement in it’s simplest, are those men and women who run toward danger so that we may be safe from it. They give victims a voice when they can’t speak for themselves. They console a community who may think that no one cares about them. This is the noblest of professions,” stated Attorney General Nash.


“We want to relay to you, you are appreciated, respected and most of all needed. Thank you for sacrifice and your service,” Attorney General Nash remarked.

Last to speak was Clarksville Police Department Chief of Police David Crockarell, “I am damn proud to be a cop. I figured I would just get that out of the way. I am not ashamed of anything behind this badge. I have been saying that for years now and I gonna keep saying it until the day I retire.”

“Moving forward, we will continue to be a light and we’ve been that light. You’ve seen the news, I see the news. Turn it off. Because it is not an assemblance of the badges that I see. Because what I see shines like gold.”

“Most importantly, thank you to the citizens of this town and this county. You got out backs. We appreciate that. We feel it. I just thank you all for being here today. May GOD bless you. May GOD bless this profession and the agencies represented here today.”

A memorial wreath was brought forward to the podium and new flowers were added to the wreath in memory of those officers who died in the line of duty. CPD Chief Crockarell added one for Local Law Enforcement. Sheriff Fuson placed one for Tennessee. Attorney General Nash laid one for the Nation and Fort Campbell Chief of Police Keith Shumate added one for the Military.

A rifle salute was fired by the Clarksville Police Honor Guard. Rev. Dr. Modesto Martinez, CPD Chaplain gave the benediction. The ceremony ended with the retiring of the colors by the Montgomery County Sheriff Honor Guard.


The Clarksville Police Department and Montgomery County Sheriff’s Office have had the following law enforcement officers die in the line of duty:

He died while investigating a fire at Clarksville Laundry on Third Street. One of the walls collapsed, killing him instantly. He was 35 years old at the time of his death and had been on the Police Department for 3 years. Officer Nipple was Clarksville’s first officer killed in the line of duty.

Officer Browning was shot and killed on Madison Street in front of the Post Office while responding to a call of a man with a shotgun. He was 38 years old at the time of his death and had been on the Police Department for 4 years.

King was killed while protecting his K9 Handler, Ralph Prost, during a search for burglary suspects in the New Providence area.

On November 5th, 1983, Officer Glenn was responding, on a motorcycle, to a domestic disturbance call. Officer Glenn struck the side of a vehicle that pulled out in front of him at “Magic Wheels Skating Rink”. He later died from the injuries sustained from the crash.

Officer David Scott died during a vehicle pursuit of a robbery suspect on the 101st Airborne Division Parkway.

Officer Baez-Santiago died during a vehicle pursuit of a robbery suspect on the 101st Parkway. He had been on the department about four months at the time of his death.

Also, let us take time to remember all the other officers who passed away over the years who dedicated their lives to serving our community. 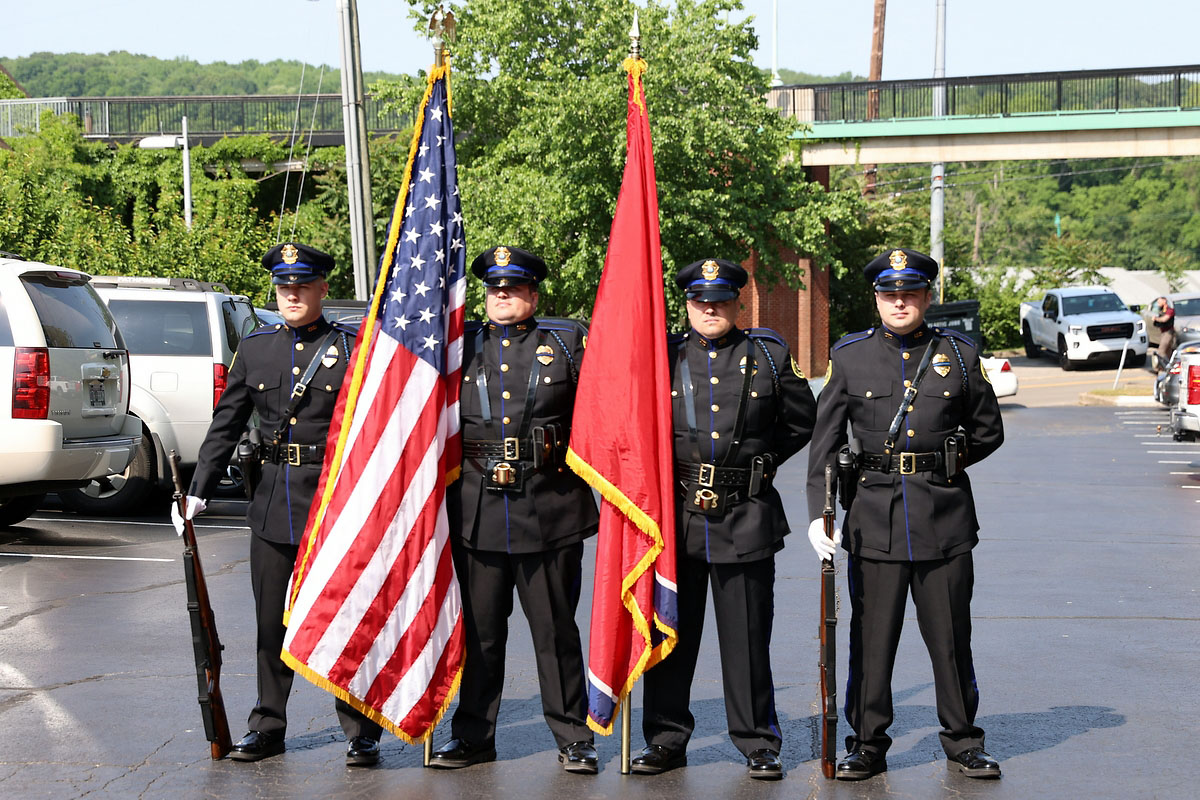 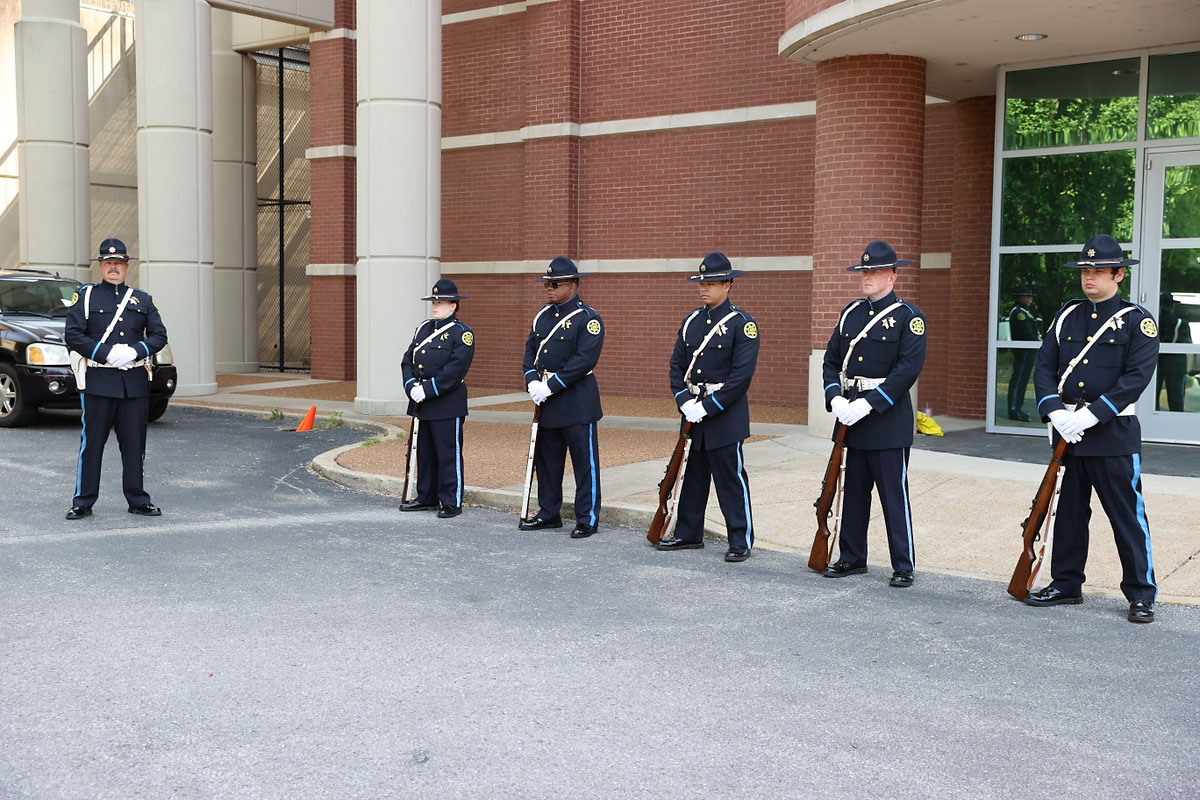 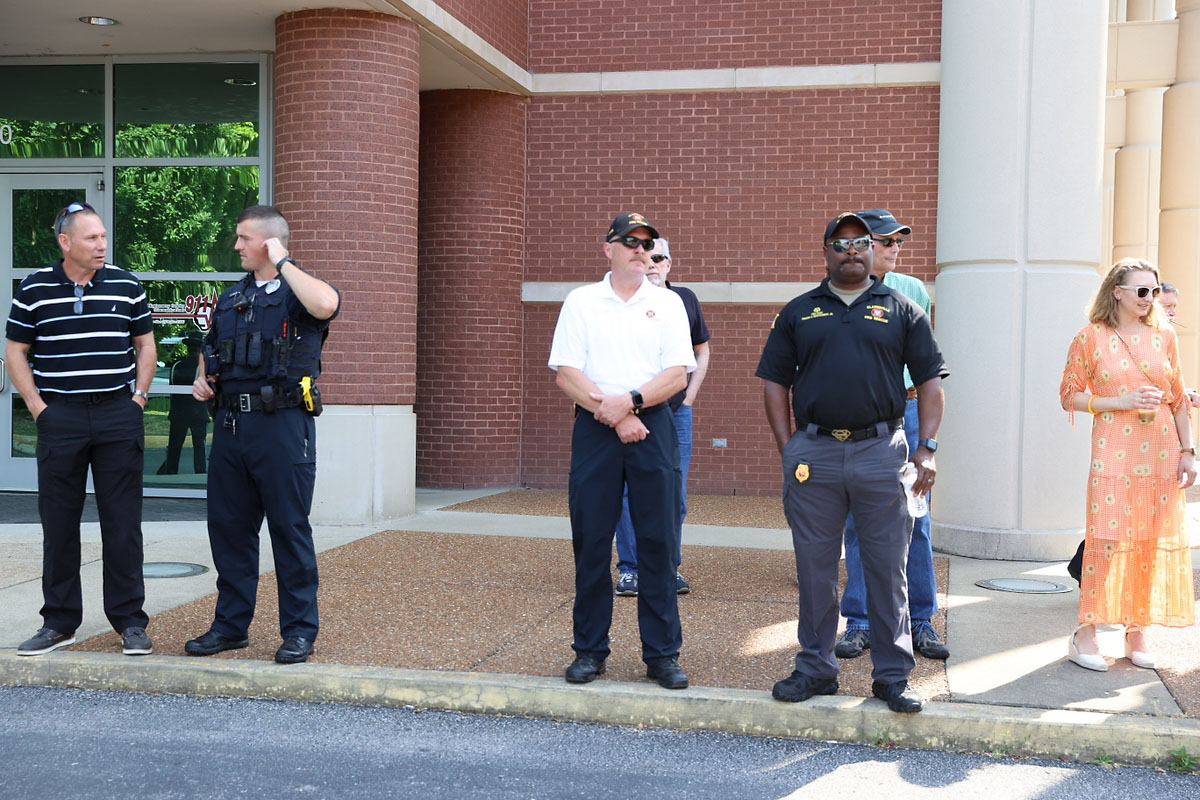 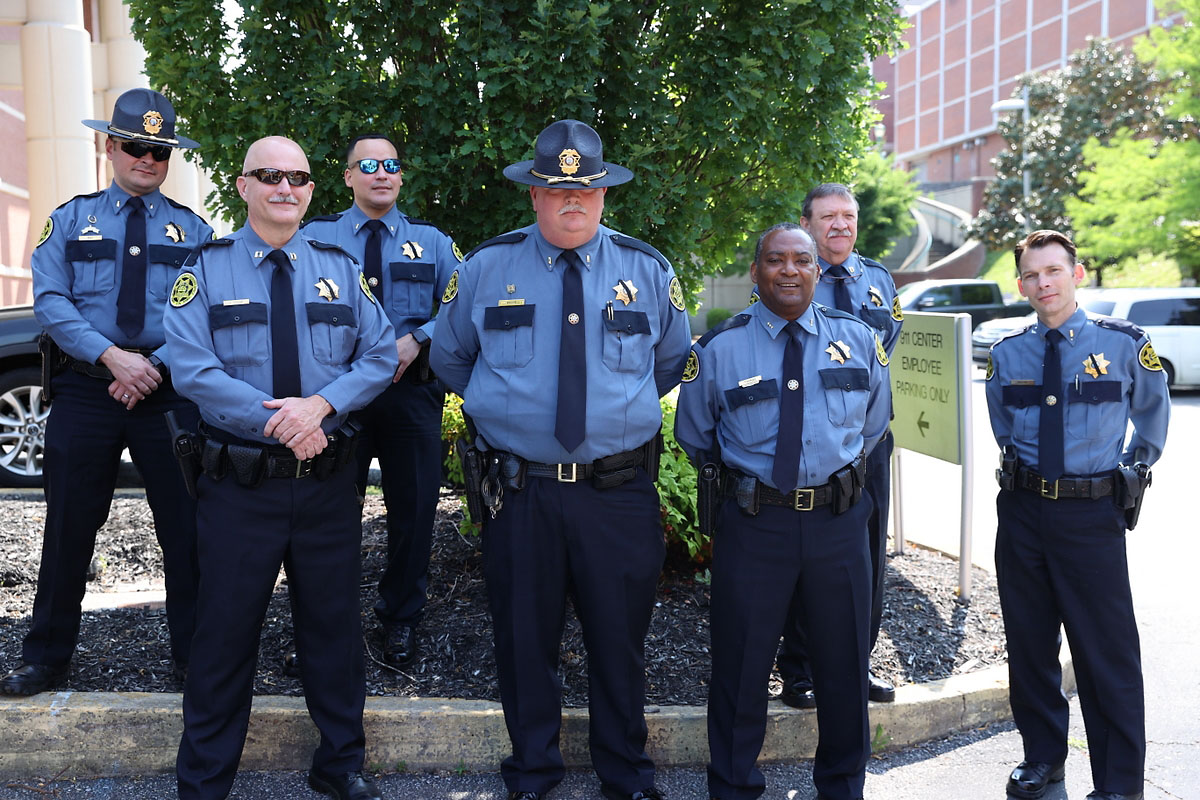 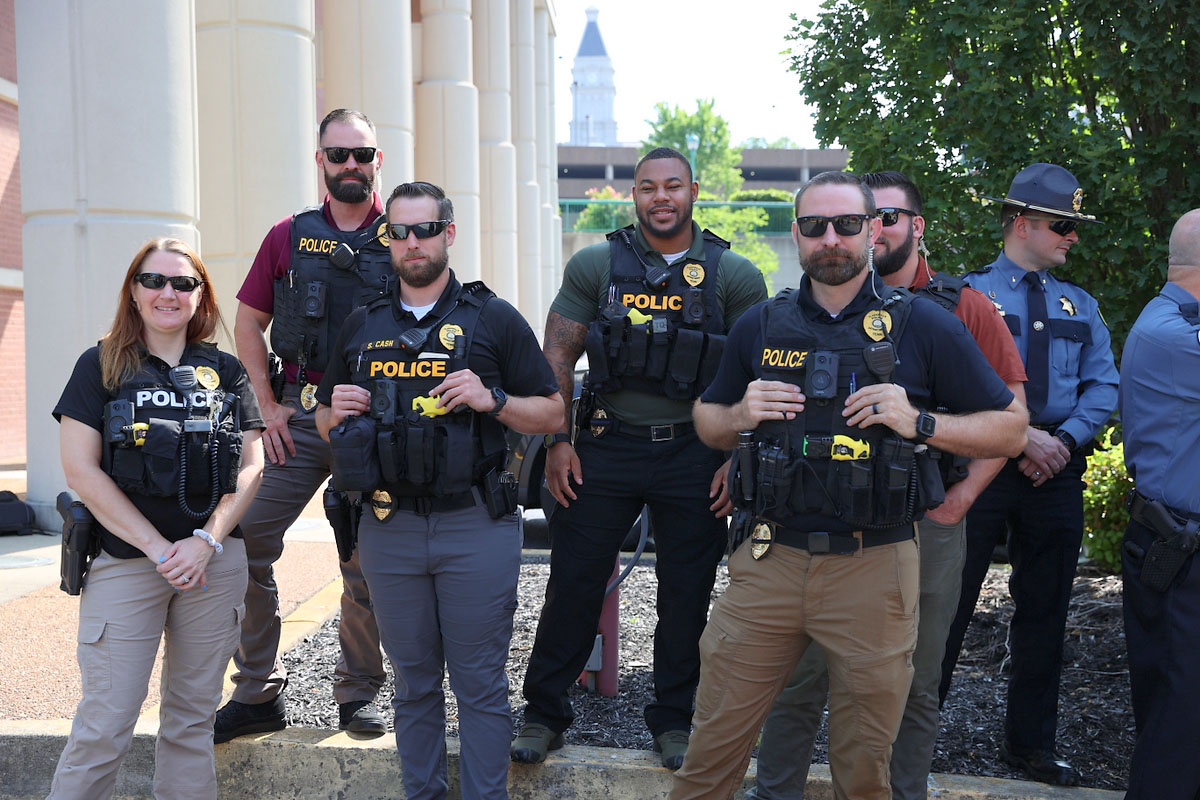 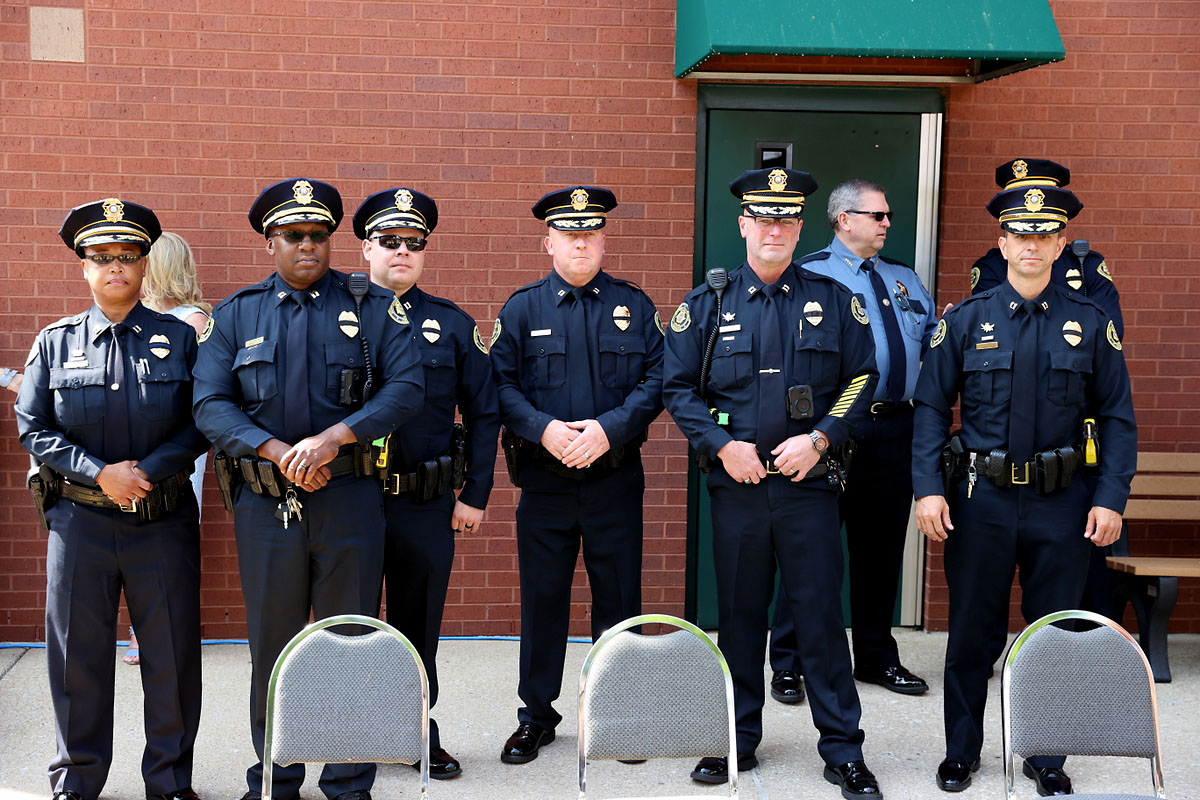 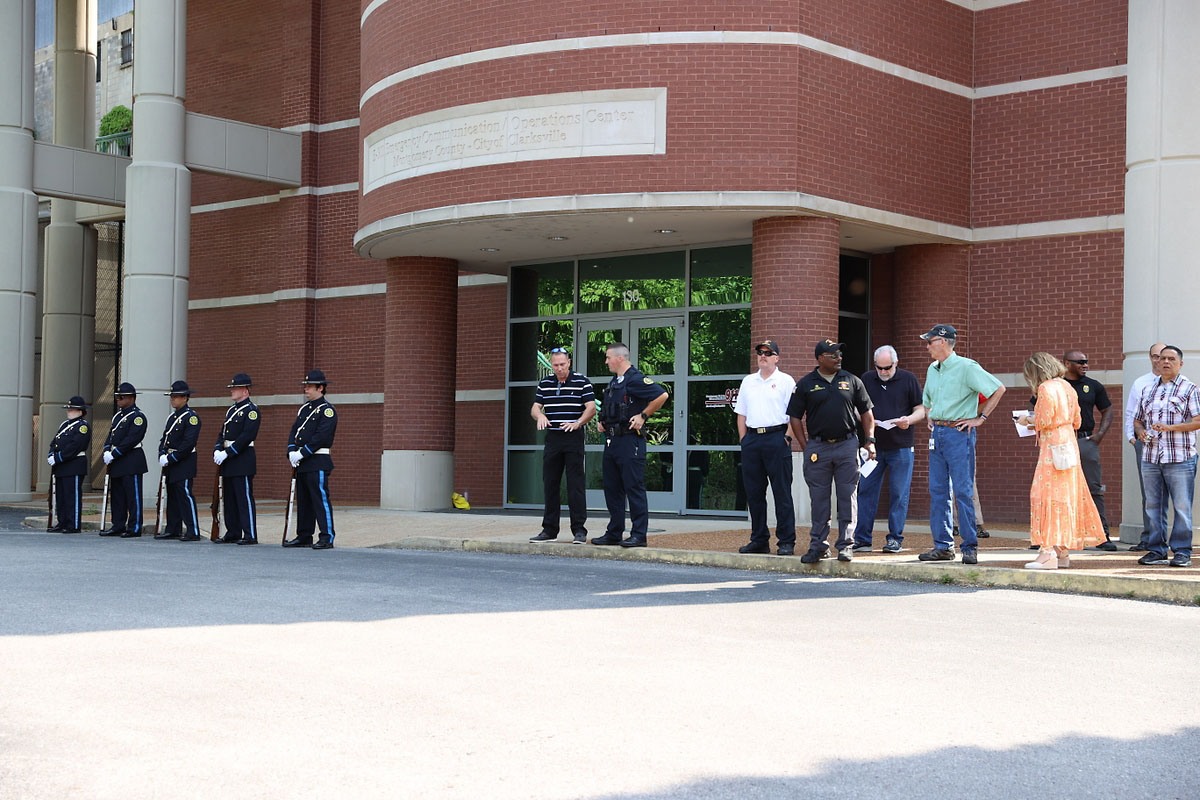 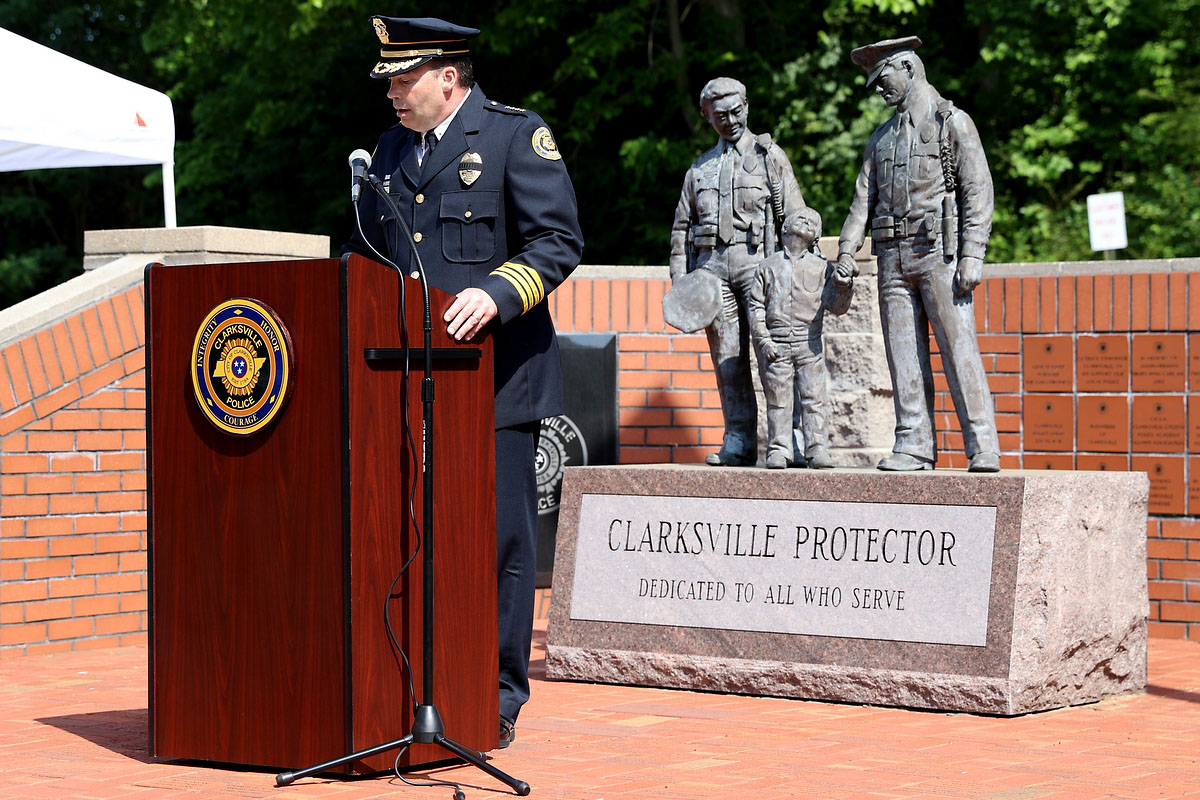 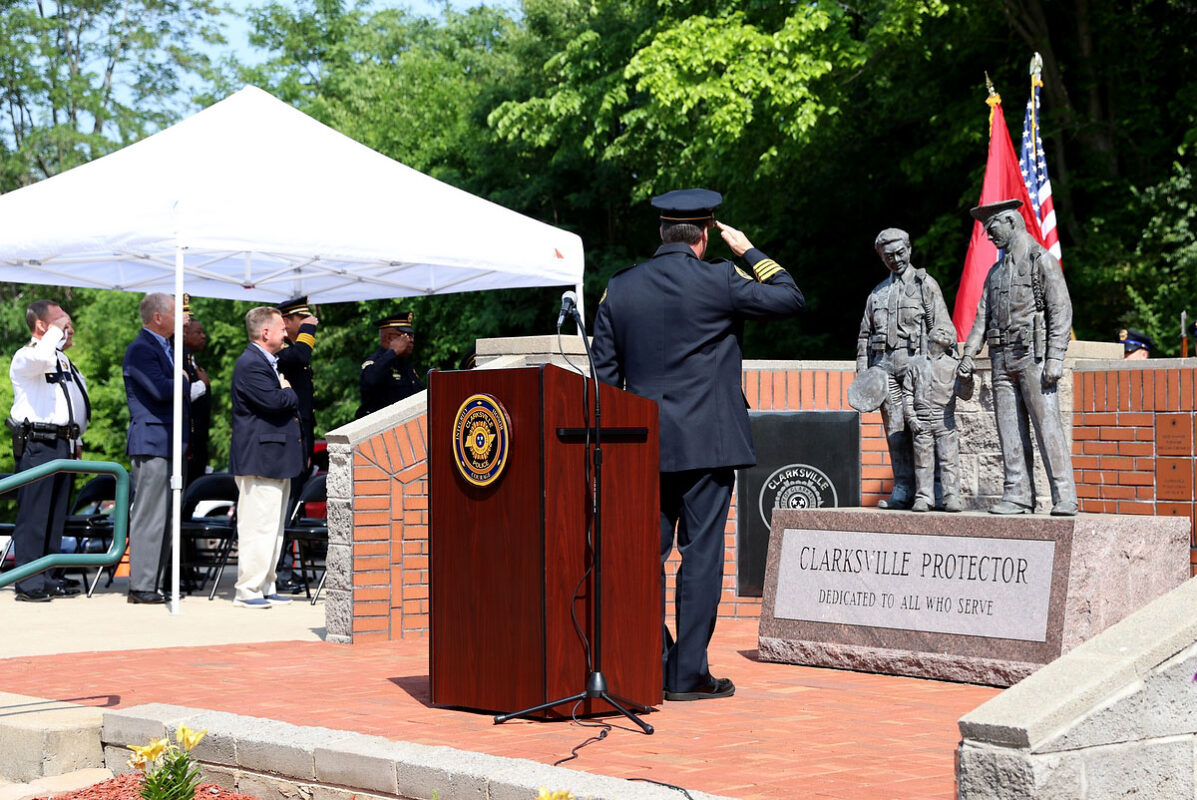 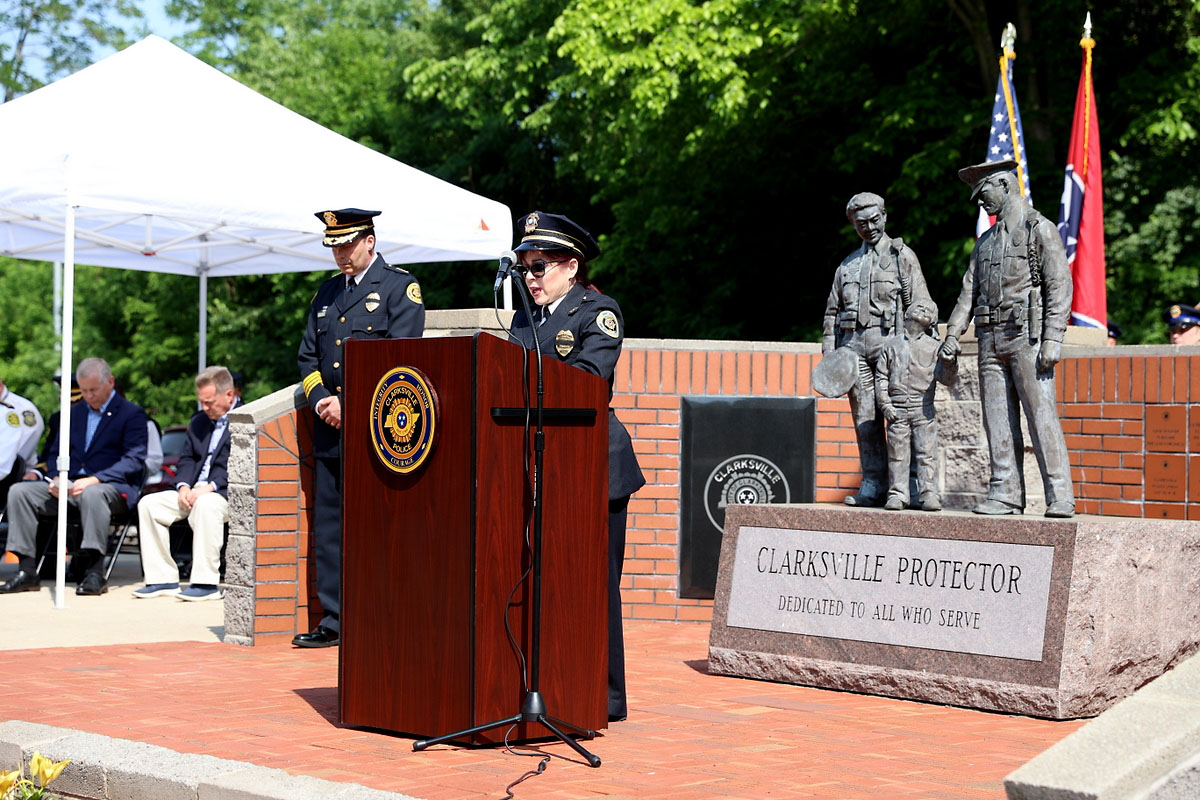 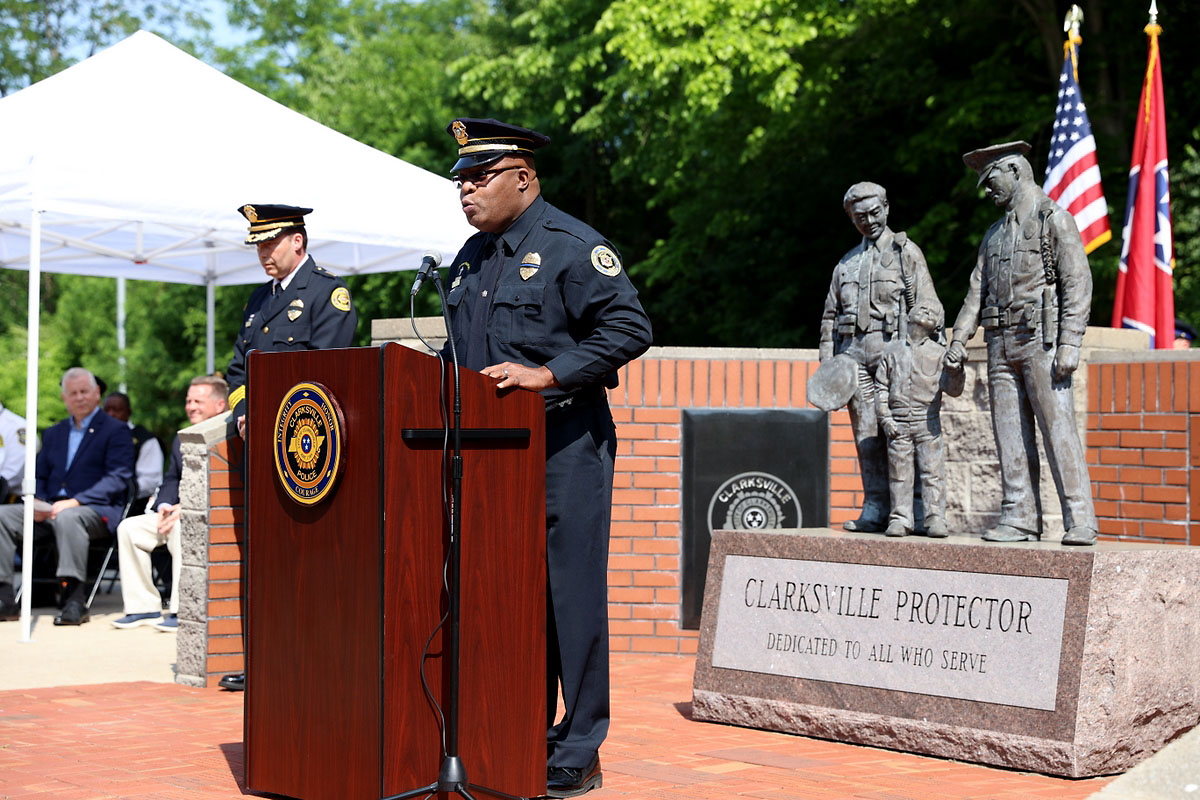 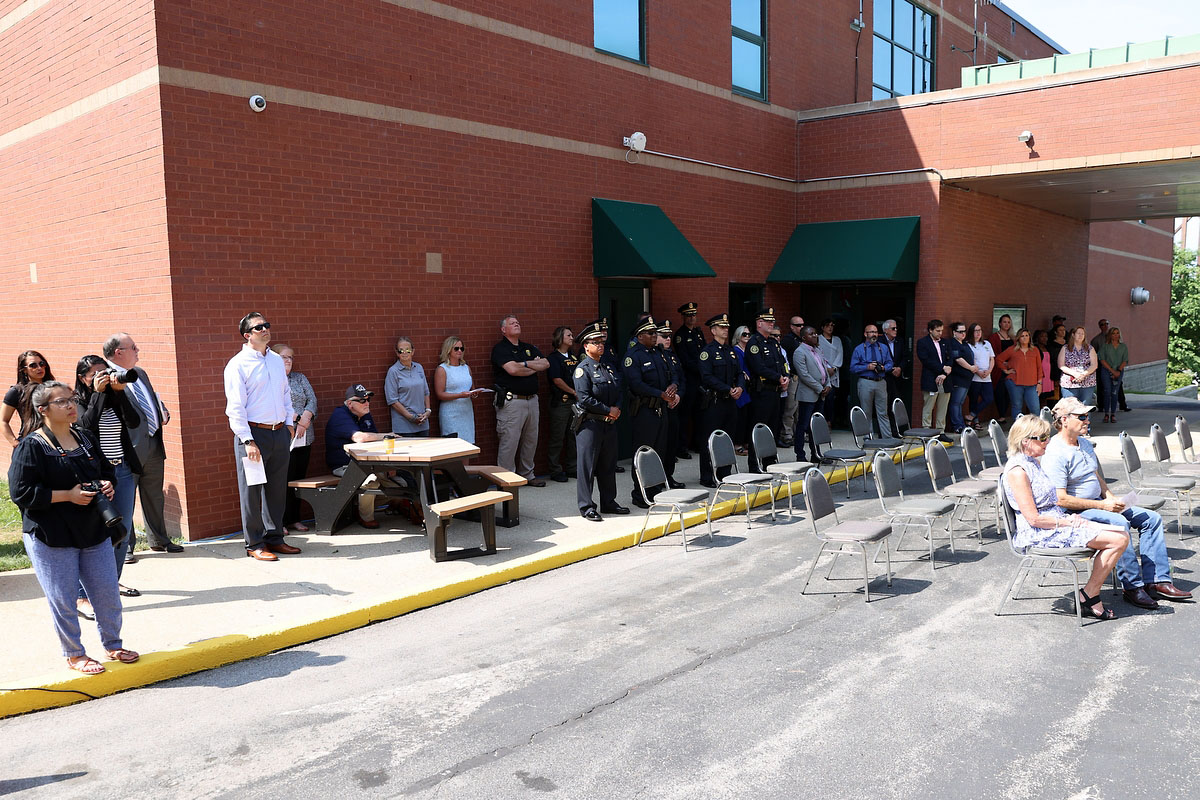