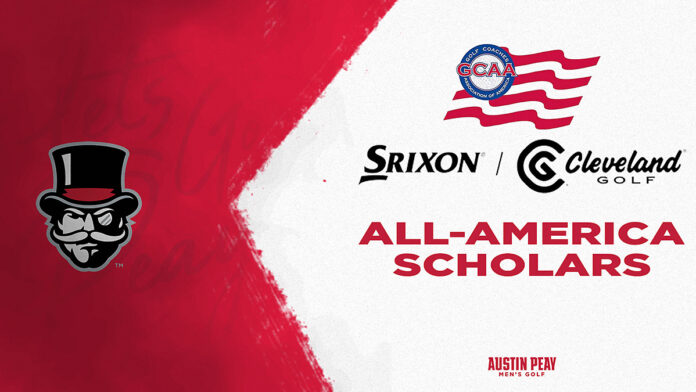 “I am proud of the dedication and the balance of gold and academics our players have,” said head men’s golf coach Robbie Wilson. “Also credit to Katie Ethridge and the great job her department does for our student-athletes!”

To be eligible for Srixon/Cleveland Golf All-America Scholar nomination, an individual must be a sophomore, junior or senior both academically and athletically in NCAA Division I, II, III, and NAIA, or receiving their Associate’s Degree and in their last year of athletic eligibility in the NJCAA.