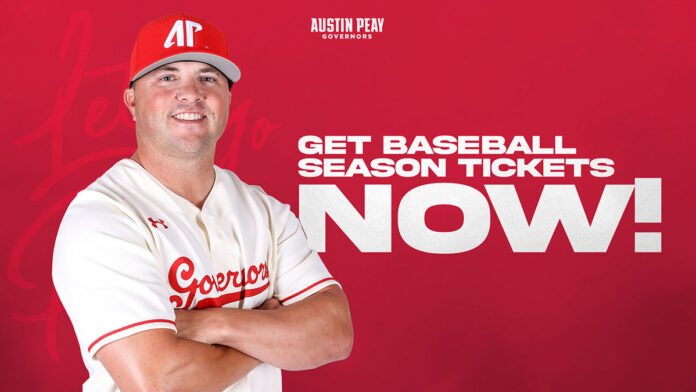 For more information and to purchase season tickets visit LetsGoPeay.com/BuyTickets or call the APSU Athletics Ticket office at 931.221.PEAY (7329). Fans are encouraged to reserve their season tickets with new ticket pricing to be announced on January 1st.

The K Club also is available as an add-on for select games for $10.00 per game or $100.00 for the entire season. The K Club is a premium indoor area with a patio overlooking Joe Maynard Field that includes beverages and snacks throughout the game.

The Govs ASUN road schedule takes them to Liberty, defending ASUN champion Kennesaw State, Jacksonville, Central Arkansas, and North Alabama. The remainder of the Govs 2023 schedule will be announced at a later date.

The 2023 ASUN Baseball Championship will be hosted by Stetson and played May 23rd-27th, 2023 at Melching Field at Conrad Park in Deland, Florida.