Clarksville, TN – With the Austin Peay State University (APSU) football team facing a 17-point halftime deficit, quarterback Mike DiLiello used his legs and ran for three second-half touchdowns and tossed another as the No. 23 Governors rallied for a 31-20 Homecoming victory against No. 16 Eastern Kentucky in the first-ever ASUN Conference game, Saturday, at Fortera Stadium.

Austin Peay (4-1, 1-0 ASUN) spent the first half and the opening drive of the second trying to find any offensive momentum. The Govs, who outgained EKU 188-153 in the opening half, twice drove deep into Eastern Kentucky territory, but a 28-yard Maddux Trujillo field goal was their only points until midway through the third quarter.

Eastern Kentucky (2-2, 0-1 ASUN) helped keep Austin Peay off-kilter with a pair of interceptions. The first was a pick-six by Joseph Sayles for the game’s first touchdown at 8:53 in the first quarter.

The Colonels’ second interception set up their offense at midfield and Parker McKinney needed just four plays, including a 17-yard touchdown pass to Jaden Smith, to extend the lead to 17-0. Patrick McKinney’s 23-yard field goal late in the second quarter gave Eastern Kentucky the 20-3 lead.

But after a three-and-out on the second half’s opening drive, Austin Peay State University found its stride – or rather, DiLiello found his stride. The Govs quarterback carried the ball nine times for 166 yards and three touchdowns over the final 25 minutes. He had three carries of 30-plus yards, including a 39-yard touchdown run on fourth down that started the Govs’ second-half scoring.

He then had a touchdown of seven yards for the APSU Govs’ next score on a drive that saw him post a 25-yard completion and a 34-yard run. Then, on the go-ahead scoring drive, DiLiello ran for 35 yards on the drive, capping the effort with an eight-yard touchdown run.

DiLiello then capped the scoring by leading Austin Peay on a long 13-play, 90-yard drive that consumed over five minutes of game time. His 24-yard touchdown pass to Drae McCray provided a crucial insurance score.

Austin Peay State University’s defense then did what it has done throughout its four-game win streak – shut down an opponent’s offense in the second half. The Govs did not allow a point in the second half while limiting Eastern Kentucky to 176 yards in the half. Only twice in its six second-half drives did EKU get into Austin Peay territory. Those two drives resulted in a missed field goal and turnover on downs.


DiLiello enjoyed the first three rushing touchdown day by a Governors quarterback since JaVaughn Craig against Morehead State in 2018. He finished with 181 yards rushing and 172 passing – the first 100-yard rushing day by a Govs QB since Craig’s 178-yard outing at Sacramento State in the 2019 FCS Playoffs.

Kory Chapman paced the Governors’ defense with a 13-tackle performance that included two tackles for loss and a pass breakup. Ethan Caselberry also had an interception – the Govs third-consecutive game with an interception.

McKinney led Eastern Kentucky’s offense with a 21-of-36 passing day for 213 yards and a touchdown while also rushing for 57 yards. Chase Lasater paced the Colonels defense with 15 tackles – one of three tacklers to finish the day with 10 or more tackles.

APSU 0, EKU 3 –After Austin Peay State University turned the ball over on downs, Eastern Kentucky went deep on its first play from scrimmage as Parker McKinney and Jayden Higgins connected on a 42-yard pass to get the ball to the Austin Peay 28-yard line. The APSU defense did not allow another yard with the next three Colonels plays going for a combined minus-one yard. Eastern Kentucky settled for a 46-yard field goal to take the early lead.

APSU 0, EKU 10 – The Colonels’ defense scored the game’s first touchdown, with Joseph Sayles intercepting a DiLiello pass and returning it 40 yards for a touchdown.


APSU 3, EKU 10 – Austin Peay State University got on the board with the game’s next drive, DiLiello and company moving down the field methodically for a 13-play, 66-yard drive. On 3rd-and-7 early, DiLiello found McCray in front of the Governors’ bench for a 17-yard completion. Evans followed that play with a 14-yard run to get the ball on the EKU 31-yard line. Three plays later, Austin Peay State University converted another 3rd-and-7 with a 13-yard completion to DeCambre. But the APSU Govs saw a rush for a loss and a dropped pass stall the drive and Maddux Trujillo connected on a 28-yard field goal to get the Govs on the board.

APSU 3, EKU 20 – Another Austin Peay State University penalty set up Eastern Kentucky deep in Governors’ territory later in the second quarter. The APSU Govs were called for a personal foul on a punt return that set EKU at the Govs’ 38-yard line. The Colonels got inside the five-yard line courtesy of a McKinney 28-yard pass to Smith. But the Govs’ defense held firm and ultimately forced a 23-yard field goal conversion.

APSU 10, EKU 20 – Facing 4th-and-2 on the EKU 39-yard line, the Govs faked the draw to Evans and DiLillelo popped out the left side and ran to the corner of the end zone for a 39-yard touchdown — that was the APSU Govs longest run of 2022. Prior to the fourth-down score, the Govs converted 3rd-and-5 as well as 3rd-and-10 with Evans rushing for 15 yards for the first conversion and a DiLiello 13-yard scramble converting the later.  The Govs 10—play drive covered 80 yards in 3:18 of game time.


APSU 17, EKU 20 – DiLiello powered the Govs to their second touchdown of the day. He opened the 7-play, 80-yard drive with a 25-yard completion to Evans. On the first play of the fourth quarter, he dashed down the Governors’ sideline for a 34-yard run to get the Govs to the EKU 7-yard line. Two plays later, DiLiello kept the ball on the read option play and ran through the EKU defense for the 7-yard touchdown run.

APSU 24, EKU 20 – Kam Thomas’ 46-yard punt return gave the Governors the ball in Eastern Kentucky territory. DiLiello opened the following drive with a 27-yard run and followed that with an 8-yard run up the middle for the go-ahead touchdown – his third touchdown run of the day.

APSU 31, EKU 20 – The Govs put together a methodical 13-play, 90-yard drive that consumed 5:39 off the fourth-quarter clock. Austin Peay converted a key 3rd-and-7 on the sixth play of the drive as DiLiello found Trey Goodman for a 10-yard catch. That was the longest play of the drive until McCray got behind the EKU defense and DiLiello’s pass carried him into the end zone for a 24-yard touchdown completion that sealed the victory.

The Austin Peay State University football team takes its four-game win streak on the road for a Saturday 3:00pm ASUN Conference contest at Central Arkansas (1-3, 0-0 ASUN). It will be the APSU Govs first-ever trip to Conway, Arkansas to face the Bears. 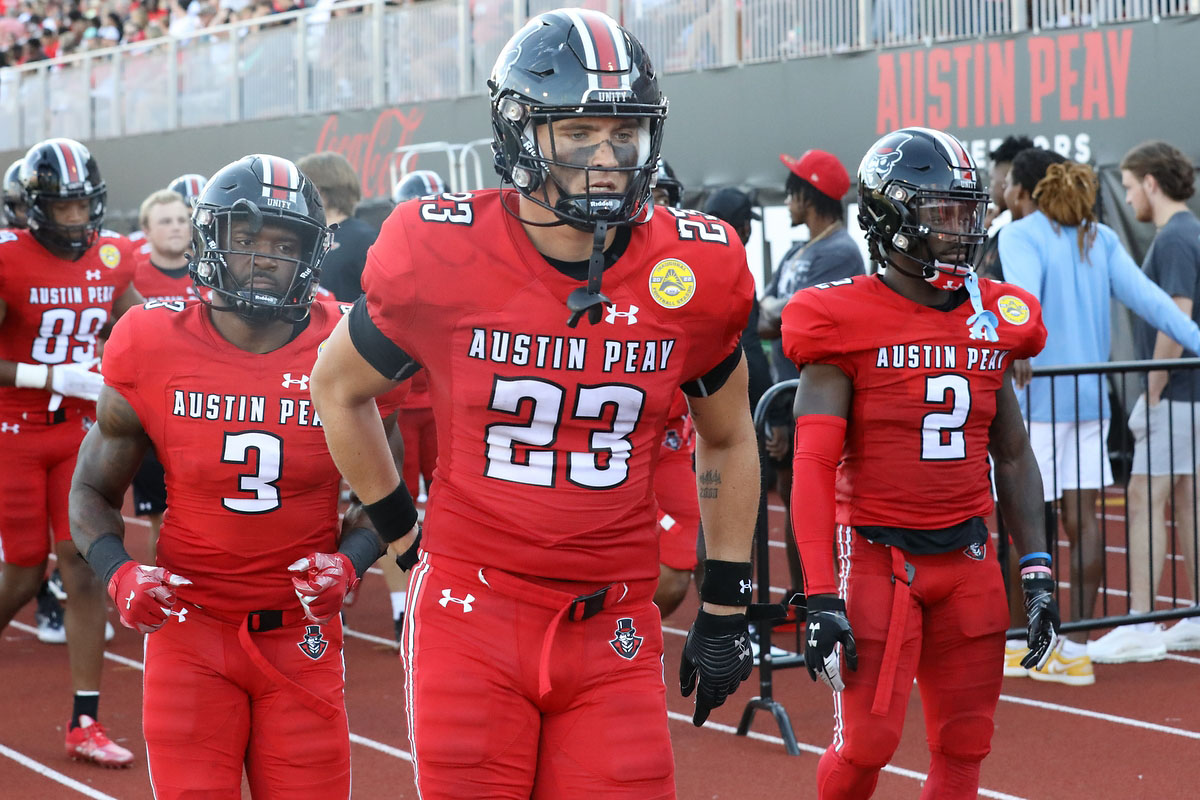 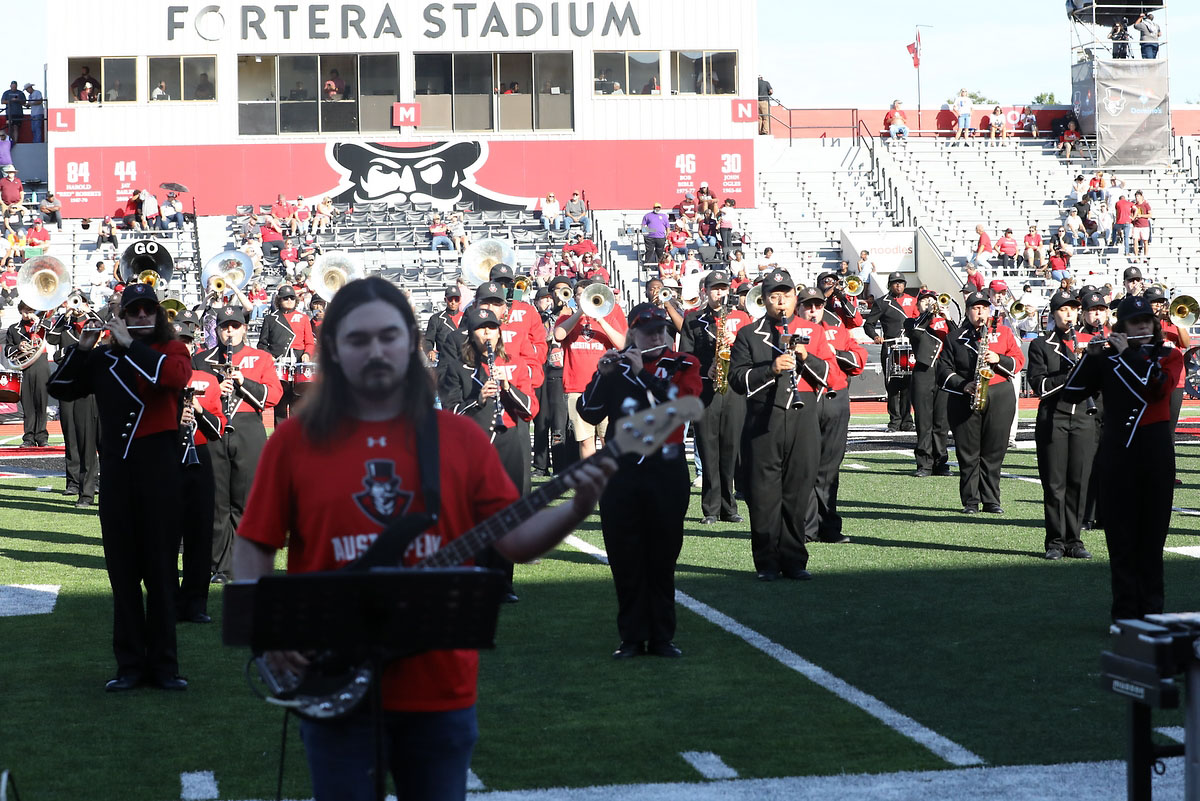 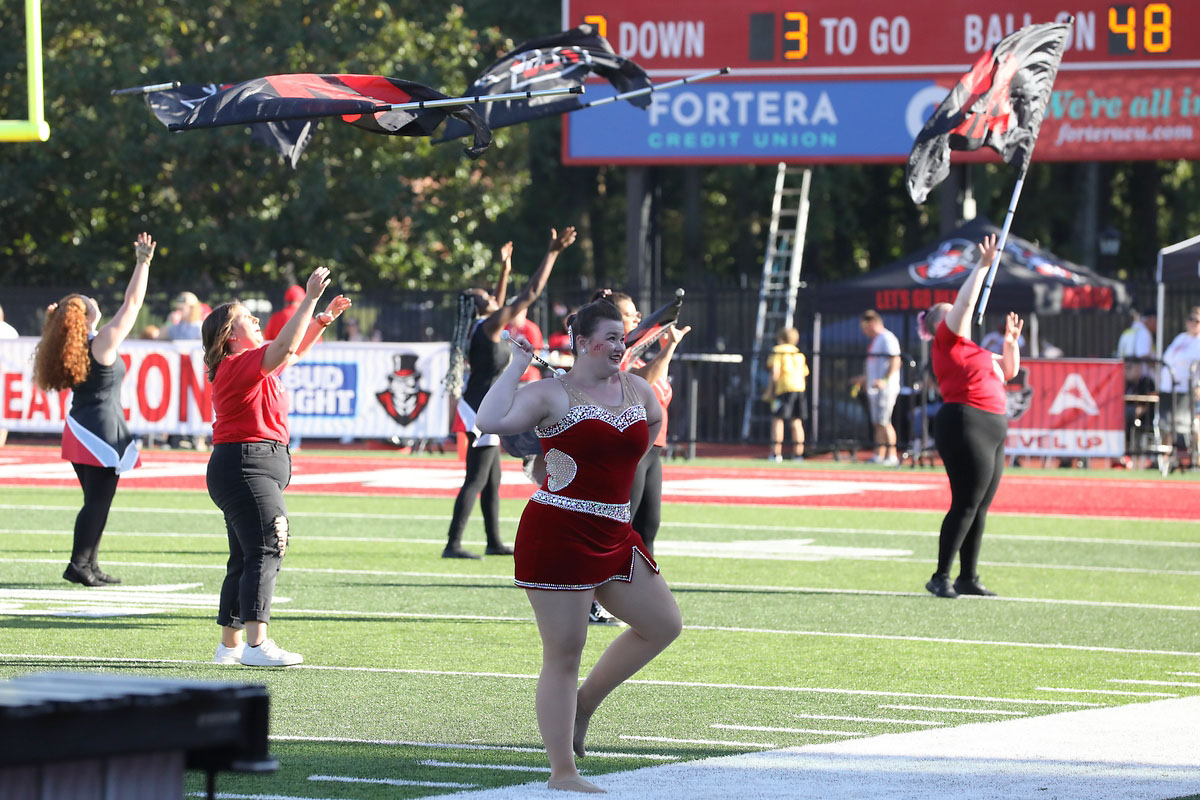 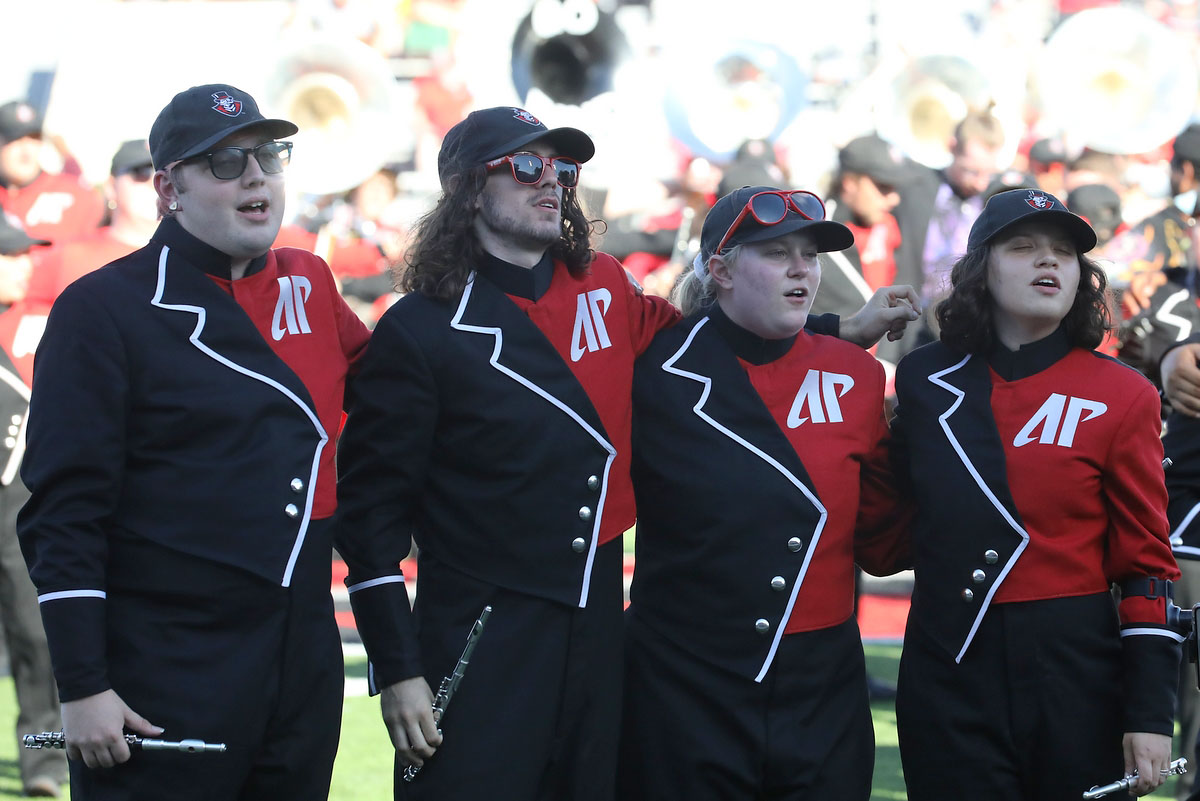 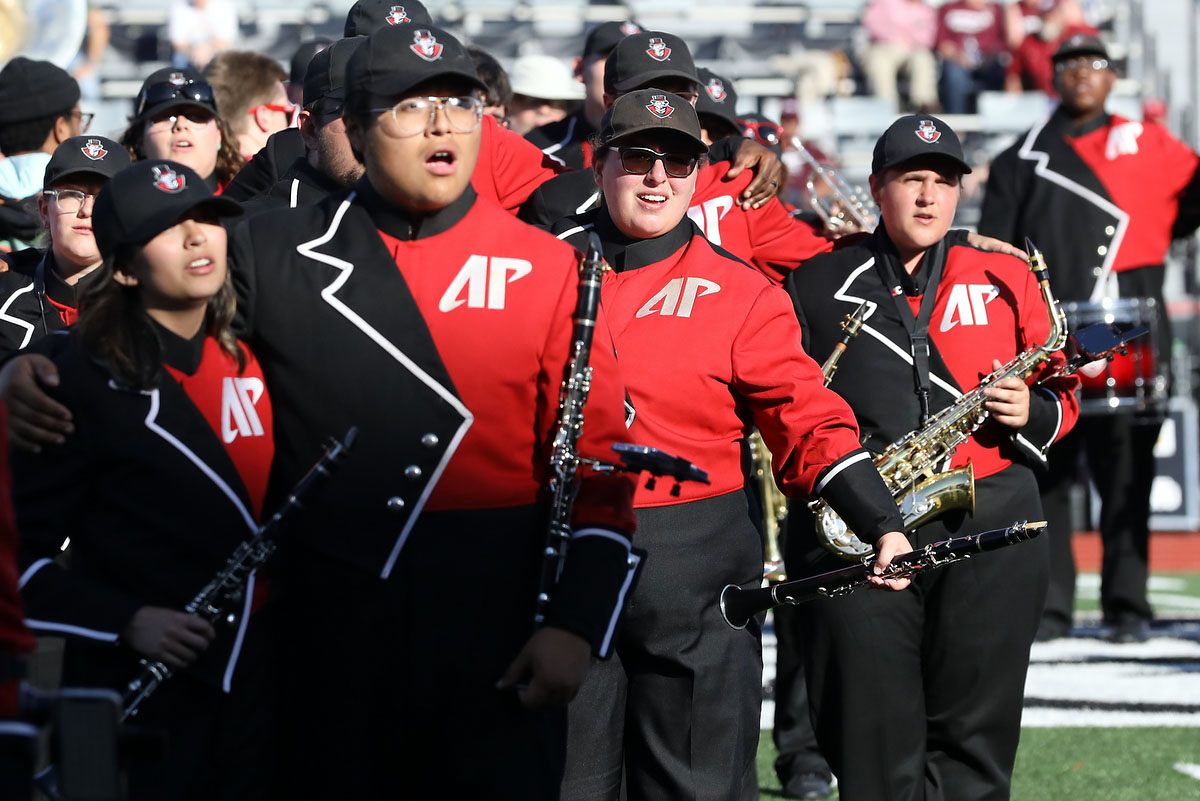 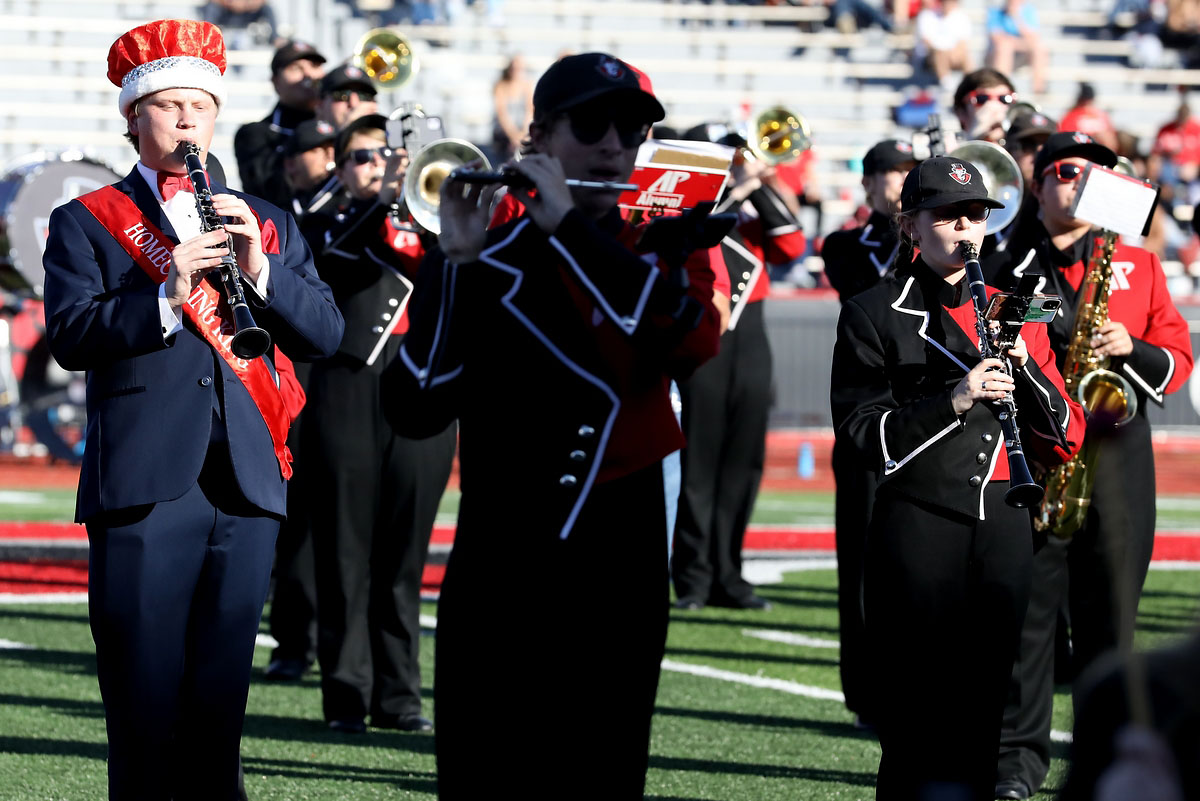 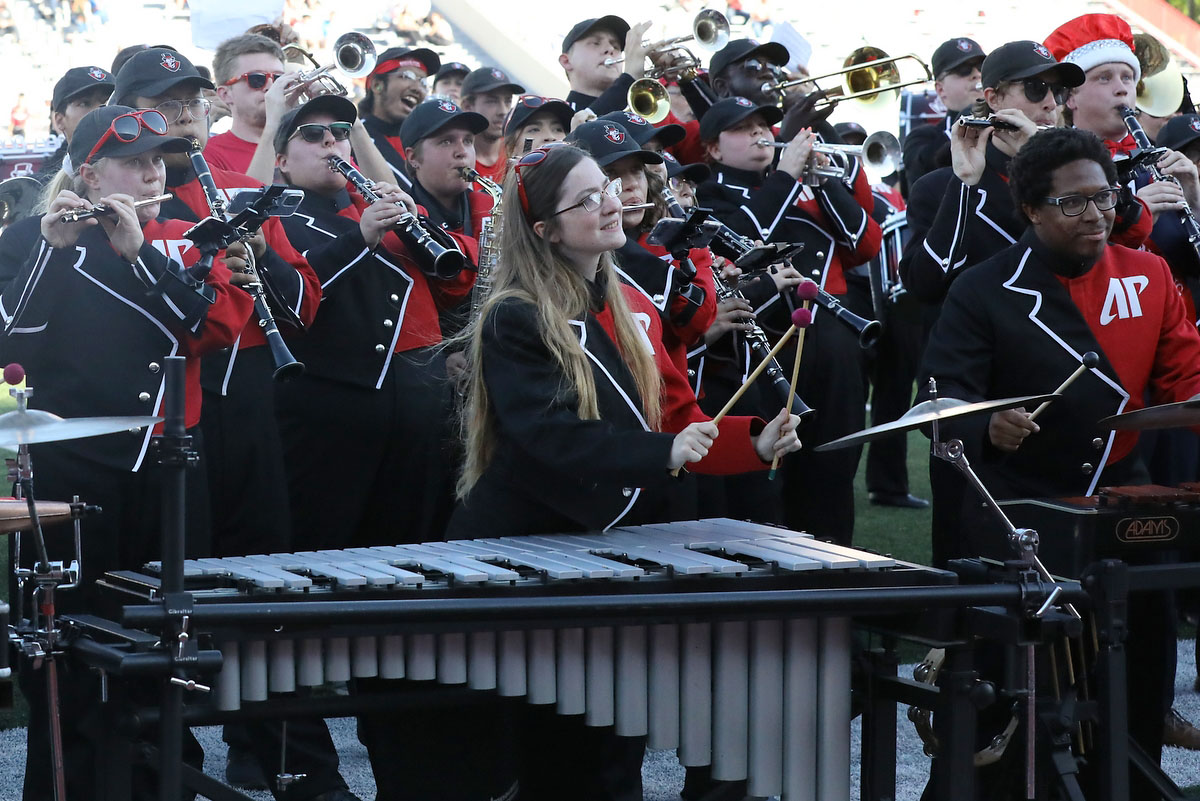