The Governors begin the three-day event with a Monday 1:00pm contest against Davidson followed by a Tuesday, 10:30am game against Fairleigh Dickinson. Austin Peay then concludes the tournament against Illinois-Chicago on Wednesday at 1:00pm.


Austin Peay (2-1) faces a familiar foe in Davidson (1-2) to tip off the Hostilo Hoops Community Classic. The Govs and Wildcats faced one another twice last season, with the two teams meeting at the FAU Thanksgiving Tournament, on November 26th, 2021 and again in the 2022 Women’s Basketball Invitational, on March 20th.

Fairleigh Dickinson (2-1) and Illinois Chicago (3-0) are the first and second first-time opponents for the Govs this season. Tuesday’s match against the Knights also is the first time APSU has faced a team from the Northeast Conference in program history.

All three of APSU’s games will be broadcast on Event Live+. A 72-hour pass to watch the games can be purchased for $25.00. 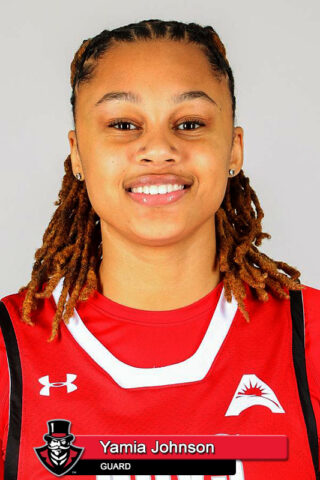 Ausitn Peay State University is coming off a 70-61 loss at Vanderbilt, Thursday, in which the Govs led for nearly 19 minutes.

Monday is the third time Austin Peay State University faces Davidson in the last year, as the two teams met at the FAU Thanksgiving Tournament and the Women’s Basketball Invitational last season. Davidson won both games. 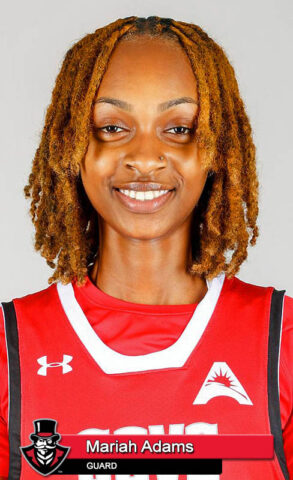 Fairleigh Dickinson and Illinois-Chicago are the Govs’ first and second first-time opponents this season.

Yamia Johnson leads APSU, and is third in the ASUN, with 18.3 points per game. The Lexington, South Carolina native also is one of two players in the conference to be shooting 50 percent from the field and from three-point range this season.

Mariah Adams is second on the team in scoring with 12.7 points per game. The former Old Dominion transfer leads APSU with a 57.7 field goal percentage and 10 assists. Adams also has made 13 of her 18 free throw attempts.


APSU has won 19-straight games when holding its opponent under 50 points.

The Govs have made a three-pointer in program-record 470-straight games, a streak that began against Kennesaw State, on December 19th, 2006.

Austin Peay State University is second in the ASUN with 15.3 free throws per game. The Govs are also third in the conference with a 74.2 free-throw percentage through the first three games.

About the Davidson Wildcats

2021 Season Result: After finishing 6-10 in Atlantic 10 play, Davidson entered the A-10 Women’s Basketball Championship as the No. 9 seed. The Wildcats defeated Richmond in the tournament before falling to top-seeded Dayton. Dayton then earned a seed in the Women’s Basketball Invitational where they won two of their three games, including a 66-58 victory against APSU.

Notable Returner: Elle Sutphin averaged a team-high 13.4 points per game for the Wildcats last season and was named an A-10 Preseason All-Conference Second Team selection before the 2022-23 season. The 6-3 forward is averaging 11.3 points, 6.3 rebounds and 45.5 percent from the field this season.


Notable Newcomer: Millie Prior shot 38.2 percent from the field in her freshman season at Fordham.

Series History: Davidson won each of its first two meetings against Austin Peay State University last season, beginning with a 65-64 win at the FAU Thanksgiving Tournament, November 26th in Boca Raton, Florida. The Wildcats then defeated APSU, 66-58, in both teams’ final game of the season at the Women’s Basketball Invitational, March 20th.

About the Fairleigh Dickinson Knights

2021 Season Result: After claiming the 2021-22 Northeastern Conference Women’s Basketball Regular Season Championship, Fairleigh Dickinson was upset by No. 7 Bryant in the tournament’s semifinals. FDU’s season ended following a 67-45 loss against Seton Hall in the first round of the WNIT.

About the Illinois-Chicago Flames

2021 Season Result: Illinois-Chicago entered the 2022 Horizon League Women’s Basketball Championship as the No. 11 seed and had its season come to an end following a 55-46 loss to No. 6 Milwaukee in the tournament’s opening round

Notable Returner: Jaida McCloud averaged 16.3 points and 6.3 rebounds per game for the Flames last season, earning her Second Team All-Horizon League honors. The 6-3 junior forward also hit 46.8 percent from the floor and 73.5 percent from the charity stripe during her sophomore season in Chicago.


Notable Newcomer: Josie Filer spent the first four years of her collegiate career at Omaha, averaging 7.6 points and 6.3 rebounds per game. This season, Filer leads the Flames with a .594 field-goal percentage and 14.7 points per game

Of Note: The Flames have already tripled their wins from last season with three.

For news and updates throughout the Governors’ inaugural season as a member of the ASUN Conference, follow the APSU women’s basketball team on Twitter and Instagram (@GovsWBB) or check back at LetsGoPeay.com.

Season and single-game tickets are on sale for the 2022-23 women’s basketball season! Fans can purchase their tickets online at LetsGoPeay.com/BuyTickets or by calling the Austin Peay State University Ticket Office at 931.221.PEAY (7329).

The Austin Peay State University women’s basketball team returns home and welcome Gardner-Webb for a December 1st game in the Winfield Dunn Center. Tip off is at 11:00am.

The game also is Comfy & Cozy Day. For Comfy and Cozy Day, Austin Peay Athletics encourages fans to wear their pajamas, slippers, or comfiest outfits to watch the Govs take on the Bulldogs.