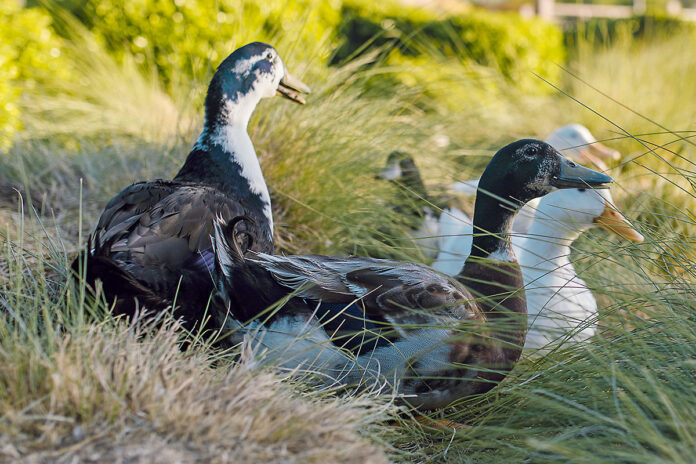 Nashville, TN – The Tennessee State Veterinarian is issuing an alert for domesticated bird owners who also engage in bird hunting. Highly Pathogenic Avian Influenza (HPAI) is prevalent in wild birds and is endangering backyard and commercial flocks in Tennessee.

“HPAI detections among domesticated birds and wild birds have been on the rise.” Tennessee State Veterinarian Dr. Samantha Beaty said. “We want to alert bird hunters that the risk of bringing this disease to their flock is extremely high.”

“The good news is that owners can drastically reduce the risk by continually practicing biosecurity and avoiding contact between wild and domesticated birds, alive or dead,” stated Beaty.


Dr. Beaty recommends that backyard flock owners wash their hands before and after interacting with domesticated birds and dedicate a pair of shoes to only be worn in coops or poultry houses. Those shoes should be cleaned with a 10 percent bleach solution after every visit.

Likewise, clothing and shoes used for hunting should not be worn around domesticated birds. The Tennessee Wildlife Resources Agency (TWRA) advises hunters to dress game birds in the field when possible. Remains can be buried at the harvest site or double bagged and disposed with normal household waste.

“It does take effort to sustain biosecurity practices but it’s well worth it,” Dr. Beaty continued. “Flock owners must be persistent in their efforts to keep birds healthy. If birds appear ill or there’s a spike in unexpected deaths, bird owners should notify our office right away.”

HPAI is a highly transmissible disease known to be deadly for domesticated fowl. Fowl can be exposed to HPAI through human interactions and through contact with wild birds. This year, cases in Tennessee have sickened domesticated chickens, geese, and ducks in Obion County, Tipton County, Bledsoe County, and Davidson County. According to TWRA, there have been 28 confirmed cases of HPAI in wild birds, including 26 ducks, a Canada goose, and a bald eagle.

Although HPAI does not pose a food safety risk, no infected poultry is allowed to enter the food supply. Poultry and eggs are safe to eat when handled and cooked properly. The risk of human infection with avian influenza during poultry outbreaks is very low. In fact, no transmission to humans was reported during the outbreak that affected commercial poultry farms in Tennessee in 2017.


If producers experience poultry deaths, disposal of any remnants of those farm animal carcasses should be done according to the Tennessee Department of Agriculture’s Policy Concerning the Disposal of Dead Farm Animals. Rules for lawful disposal and options for dealing with dead farm animals can be found online at www.tn.gov/agriculture/businesses/animals/animal-health/mortalities/animal-disposal.html.