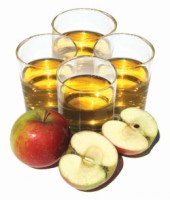 Yonkers, NY – The findings of a Consumer Reports investigation about arsenic and lead levels in apple juice and grape juice have prompted the organization to call for government standards to limit consumers’ exposure to these toxins.

The tests of 88 samples of apple juice and grape juice purchased in New York, New Jersey, and Connecticut by Consumer Reports staffers found that 10 percent of those samples had total arsenic levels exceeding federal drinking-water standards of 10 parts per billion (ppb) and 25 percent had lead levels higher than the 5 ppb limit for bottled water set by the Food and Drug Administration. Most of the arsenic detected in our tests was the type called inorganic, which is a human carcinogen. END_OF_DOCUMENT_TOKEN_TO_BE_REPLACED