Memphis, TN – Senior Sean Bailey advanced to the Round of 32 at the 2012 US Tennis Association/ITA Ohio Valley Regional Championship, hosted by the University of Memphis at the Memphis Racquet Club. 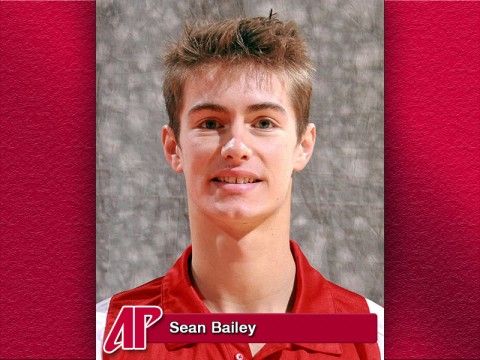 Bailey, No. 44 seed overall, defeated Butler’s Pulok Bhattacharya 6-4,6-4 to open play Friday. In his Round of 64 match against East Tennessee State senior Jesus Bandres, Bailey battled back from a first-set defeat to advance on a 2-6,6-4,7-6 victory.

In late Saturday action, Bailey was finally downed by Memphis’ Johnny Grimal, who used his knowledge of the court to end Bailey’s tournament with a 6-3,6-4 defeat.

In Friday morning doubles action, Bailey and sophomore Aleksas Tverijonas fell in the opening round to Chattanooga’s Ankit Chopra and Roberto Vieira, 8-6.

This tournament closes out the fall season for the Govs, who are scheduled to resume play January 26th at Samford.