If George Was King

Court TV‘s Catherine Crier occasionally does a segment called The Crier Wire during her Catherine Crier Live program. On March 29th she did a piece called “IF GEORGE WERE KING” as she said “Given the last 6 years, the idea is not so far-fetched”. I don’t think this piece needs further comment on my part, It’s pure perfection….

She has a personal web site as well. 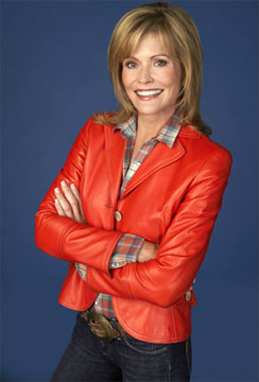 An Emmy, duPont-Columbia, and Gracie Allen Award-winning journalist and the youngest state judge to ever be elected in Texas, Catherine Crier joined Court TV’s distinguished team of anchors in November 1999. She serves as Executive Editor, Legal News Specials, in addition to hosting Catherine Crier Live, a fast-paced, live daily series that premiered in February 2001 and addresses the legal perspective of the day’s “front-page” story. Crier, a Texas-bred independent with a spirited passion for justice, released her first book, the New York Times Bestseller – The Case Against Lawyers – on October 8, 2002. In this eye-opening and plain-spoken treatise on the law, Crier shares her outrage at the state of the justice system and calls American citizens to demand reform. Her second book, A Deadly Game: The Untold Story of the Scott Peterson Investigation was released March 11, 2005 and rose to #1 on the New York Times Bestseller List. In September 2005, she released Contempt: How the Right is Wronging American Justice, an indictment of the Far right’s attempt to usurp the power of the federal judiciary through political and religious intimidation and manipulation. Crier relates historical events that led to the clear separation of powers in this nation’s early years. She highlights just how fervently opposed the Founding Fathers would have been to this ultra-conservative attack on the integrity and independence of our nation’s courts. Her fourth book – Final Analysis: The Untold Story of the Susan Polk Murder Case will be released in February, 2007.

Crier previously anchored Crier Today, which debuted on the network January 10, 2000. In addition, she has hosted Court TV’s signature prime time series The System and numerous other specials such as Court TV Investigates: The Laci Peterson Murder, Serial Sniper: The Investigation, The Skakel Jury Speaks with Dominick Dunne and Catherine Crier, Osama bin Laden on Trial and Safe Passage: Voices from the Middle School, part of the network’s public affairs initiative Choices and Consequences. Crier’s work on The System documentary The Interrogation of Michael Crowe was recognized with a duPont-Columbia Award, and Crier has received three Gracie Allen awards (presented by the Foundation for American Women in Radio and Television) for Outstanding Program Host in 2002 and 2003 for the Catherine Crier Live special, Grandmothers: Voices from Oklahoma City.

Prior to joining Court TV, Crier anchored The Crier Report for Fox News Channel, a live, one-hour interview program airing nightly, during which she interviewed the leading newsmakers of the day and celebrities. Crier joined Fox News after spending three and a half years at ABC News. There, she served as a correspondent and as a regular substitute anchor for Peter Jennings on ABC’s World News Tonight, as well as a substitute host for Ted Koppel’s Nightline. She also worked as a correspondent on 20/20, the primetime news magazine program. Crier was awarded a 1996 Emmy for outstanding investigative journalism for her work on the segment “The Predators” which examined nursing home abuses throughout the United States.

Crier began her television career at CNN. She was co-anchor of both Inside Politics, a daily show which covered national politics and The World Today, the network’s premier nighttime newscast. Additionally, she hosted Crier & Company, a live, half-hour news talk show. This show included a panel of female policy experts who discussed national and international issues of the day.

Prior to her accomplished career in television journalism, Crier presided over the 162nd District Court in Dallas County, TX as a State District Judge. When she took the bench in 1984, she became the youngest elected state judge in Texas history. From 1982 to 1984, Crier was a civil litigation attorney in Dallas and before that, an Assistant District Attorney and Felony Chief Prosecutor for the Dallas County District Attorney’s office from 1978 to 1981.

In 1996, Crier received the Les Femmes du Monde Award which is sponsored by the Dallas Council on World Affairs. The Ex-Students’ Association of the University of Texas at Austin awarded her the 1990 Outstanding Young Texas Ex Award. She was recognized as one of TV Guide’s “Dynamic Dozen” in 1990. Also in that year, the American Bar Association’s Barrister magazine honored her among their “Twenty Young Lawyers Who Make a Difference.”

Crier’s Court TV program, Catherine Crier Live, has been seen in the films, “Legally Blonde” and “Collateral.” Now, she will appear in cameo roles in the upcoming films, “Man of the Year,” starring Robin Williams and “Spinning Into Butter,” starring Sarah Jessica Parker, both slated for a 2006 release. Crier, a native of Dallas, earned her Bachelor of Arts degree in political science and international affairs from the University of Texas. She received a Juris Doctor in two and a half years from Southern Methodist University School of Law. Crier lives in Westchester County, New York. In her free time, she raises and trains Arabian Horses. Crier also enjoys playing golf and scuba diving.

*Bio and photographs from Catherine Crier’s web site and used without permission.