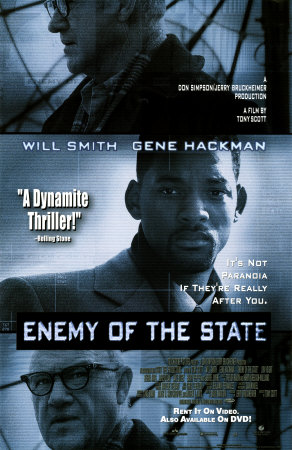 The next time someone tells you that giving up some your freedoms is the price we must pay for security, tell them to watch this 1998 movie and then get back to you! Often the refrain is innocent people have no reason to fear unbridled questioning or surveillance by the government. Enemy of the State, a well executed action thriller, goes a long way to turn that notion on its proverbial head.

An innocent man, unaware he has been drawn into a covert operation, doesn’t surrender his freedom. It’s taken from him and not in a nice way!

Robert Clayton Dean, played by Will Smith, is a successful D.C. labor lawyer, has a lovely ACLU lawyer wife, Carla, played by Regina King, and is quite happy with his life. Carla is fearful of the government’s electronic surveillance abilities. Robert thinks she’s overreacting. 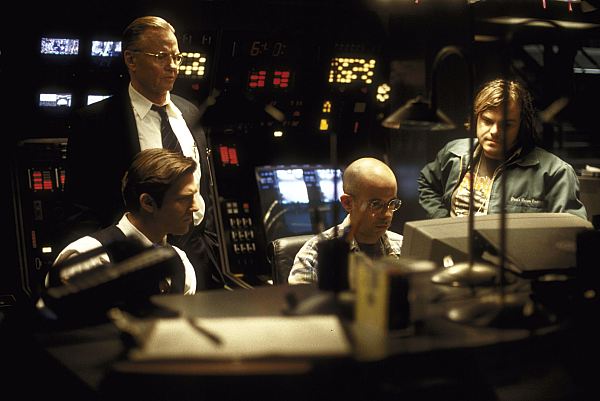 As the film opens, Jon Voight plays Thomas Reynolds, a high level NSA director, who has overplayed his hand and needs to cover up his mistake. Separately, Dean has a tense encounter with a mob boss figure, played by Tom Sizemore. A chance encounter with a former college chum turns Dean’s comfortable life upside-down. Dean’s law career and marriage are trashed, his finances dry up and he’s none the wiser of the forces that have been marshaled against him.

Lisa Bonet is Dean’s former girlfriend, Rachel, who also caught up in his downturn spiral, puts him in contact with Brill, played by Gene Hackman. From this point on, Robert Dean begins to see that he is caught up in someone else’s web. Hotel chase scenes, balcony climbing and jumping, satellite intercepts and surveillance are all on display. The ease and adeptness of government agents to violate privacy and personal liberties is shown to frightening detail. Loren Dean, Scott Cann, Jake Bussey, Seth Green, Gabriel Byrne and Jack Black all have supporting roles as the electronics bad guys. They have no qualms about what they do to Dean’s life or the others they dispatch so readily. 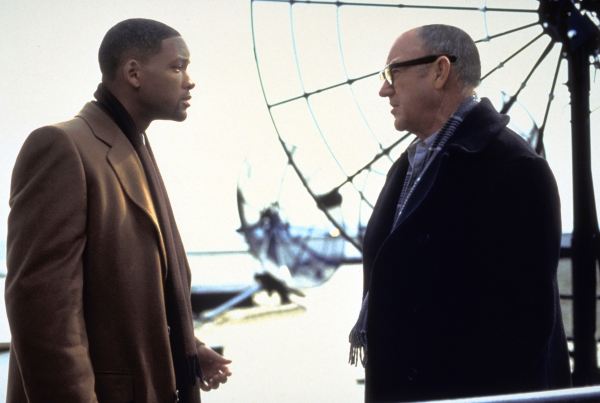 Gene Hackman’s Brill and Will Smith’s Dean come to together to defeat the efforts of the NSA team and recover their own lives and extract justice for the wronged deaths in their wake. Being chased in Washington D.C. tunnels, down railroad tracks, dodging helicopters and bullets and a very noisily exploding building, good guys Brill and Dean begin to turn the tables and bring our overzealous government boys into accountability for their actions and violations of the law.

In the end, the bad guys are made to pay and the good guys have their sane, if not so innocent, lives again. Justice extracts its pound of flesh. The viewer is left with the admonition that safeguarding your liberties is not to be sacrificed to qualms about security. Truly, without safeguarded liberty, there is no security. Enjoy the thrill ride. Add Enemy of the State to your DVD collection.