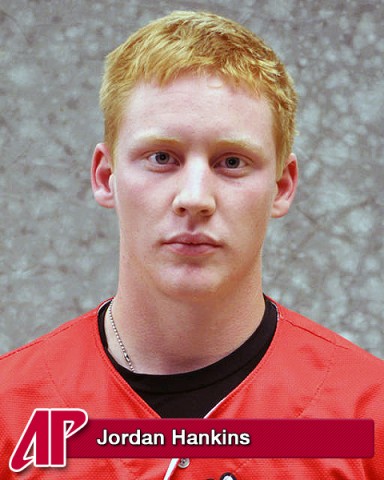 Hankins led the Governors with a .351 batting average this season with four home runs and 31 RBI. In fact, he led the Govs in batting average for all but three games during the 2011 season. Hankins began the season with a 10-game hit streak during which he batted an impressive .639, including 4-of-4 performance at Mississippi, March 1st. He finished the regular-season with a 13-game hit streak that saw him bat .468 with seven doubles and two home runs.

During Ohio Valley Conference play, Hankins batted .342 with two home runs and 15 RBI. He was named second-team All-OVC at second base and was a member of the league’s All-Freshman team.

In the postseason, Hankins’ hit a game-winning solo home run in the seventh inning of the Govs 2-1 victory against nationally-ranked in regional No. 1 seed Georgia Tech.