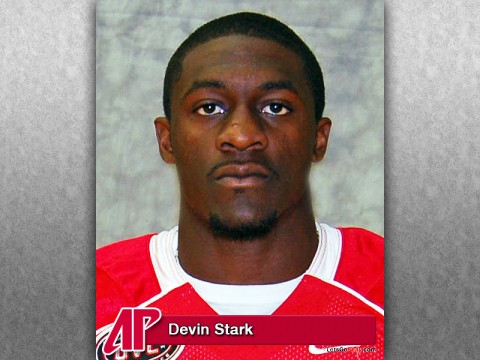 College Sports Madness is a website that is dedicated to covering all aspects of college athletics, with contributors from all over the country.

Stark is coming off a season that saw him catch 53 passes for 627 yards and seven TDs, despite starting quarterback Jake Ryan missing nearly three games. The 53 receptions and seven TDs were the most by a Gov since Lanis Frederick had 77 catches and seven TDs in 2006.

A former walk on, Majors led APSU in tackles in 2011 with 88, his second straight year with 80 or more stops. He also had two interceptions, forced two fumbles and recovered another.

Stansell, meanwhile, overcame some early season back issues to connect on 10 of 19 field goals in 2011, but was perfect on all 22 extra-point attempts.

Carroll, meanwhile, moved into the starting lineup a year ago and finished third on the team in tackles with 76, including 4.5 for loss. Rowan, now a linebacker after playing his first two years as a defensive end, was second for the Govs in tackles for loss in 2011 with six.

A former wide receiver, Adams became even more comfortable with the tight end position in 2011, catching 10 passes for 114 yards.