Clarksville, TN – Clarksville Police are investigating an altercation which resulted in one man being taken to Vanderbilt by ambulance.

On August 14th, 2012, around 1:15pm, Police were called to Gateway Medical Center in reference to a 32 year old man who had sustained two gunshot wounds; one was a superficial wound to the head and the other wound was to the leg.

The 32 year old man was brought to the hospital by a friend in a privately owned vehicle. Police had to back track to find the location of the shooting since there were no shots fired calls received by 911. 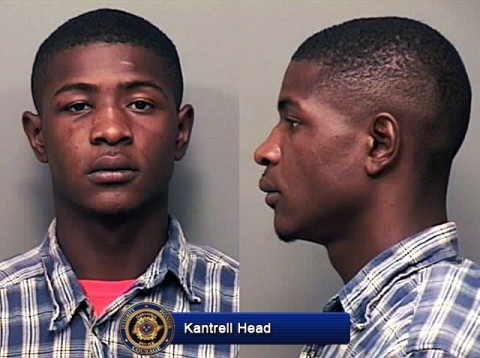 At this point in the investigation, Police have received conflicting information on the sequence of events and the roles the involved parties. The shooting appears to stem from a conflict between acquaintances that has been simmering for the last several days.

Police do know that a 93 Toyota Corolla driven by Derrick Williams, 35 with the 32 year old victim as a passenger was traveling in the area of Kellogg Street and Farris Street. Kantrell Head was seen walking in the area.

At some juncture, there was an encounter between Derrick Williams and Kantrell Head, 21 and shots were fired. The 32 year old was hit by gunfire.

Investigators are still sorting out the details of the encounter. Derrick Williams took the 32 year old to the hospital and that’s when Police were called by Gateway Medical Center. Head had fled from the scene.

In the meantime, Police located Kantrell Head and he was brought in for an interview with Detectives;  Williams was also spoken to. But, the preliminary investigation has left many unanswered questions.

Also, it was later found that the Child Learning Center on 8th Street was struck by gunfire. The Toyota was seized and is being processed by Police.

The 32 year old man is in stable condition.

Kantrell Head was taken in custody and charged with Theft for being in possession of a stolen firearm.

The investigation is ongoing. The lead investigator is Detective Justin Bailey.