Morgan Meredith told officers that she had had been visiting a friend overnight, looked outside in the morning, and found her 2009 Nissan Maxima was missing. She stated the keys were in the car, doors were unlocked, and she did not know who took the vehicle. 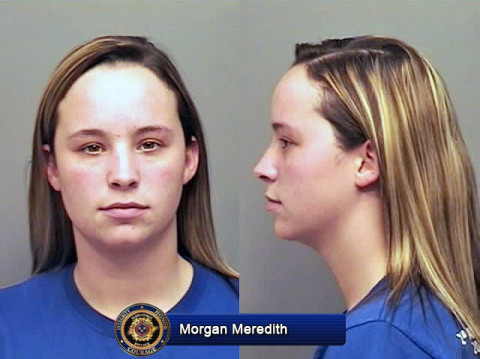 Further into the investigation by Officer Sven Szczerbiak, the alleged victim Morgan Meredith told the officer the allegation of the vehicle being stolen was a lie. She had lent the vehicle to a man who had later called her and said the vehicle had been wrecked.

She had this knowledge prior to telling police that her car was stolen.