Grey has been busy during the first few weeks of indoor season. The 2012 NCAA Preliminary Round qualifier in the 800m run owns the best OVC mark in that event so far this season, coming at last week’s Blazer Invite. Her 2:15.37 mark was hundredths of a second away from being the meet’s top time. 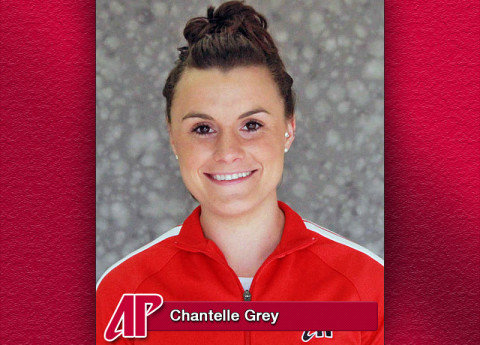 Following the Christmas holidays, Grey returned to action at the Ed Temple Invitational and showed no signs of rust, winning the event by nearly five seconds (2:16.30).

“It’s an honor anytime you get recognized by the conference,” said head coach Doug Molnar. “Hopefully she’ll use that performance as a springboard in her next few meets.”

This is Grey’s first career weekly OVC honor. She is the first Lady Gov to earn a weekly honor since Cenitra Hudson, January 11th, 2011 and the first track honoree since Chiamaka Obi, February 23rd, 2010.