Recently off of runs as Velma in Chicago with Royal Caribbean’s Allure of the Seas and as Marty in the national tour of Grease, Kelly is a veteran of the Roxy stage, having previously appeared in A Streetcar Named Desire (Blanche), RENT (Maureen) and CATS (Grizabella), among others. 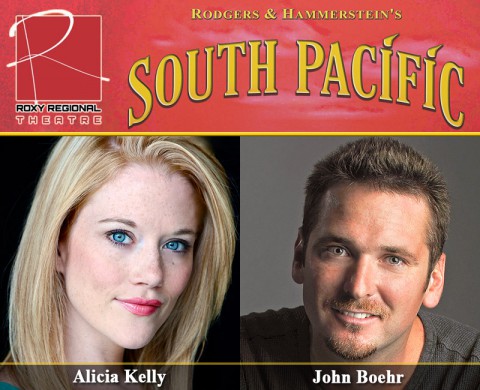 American barihunk John Boehr, who will be making his Roxy Regional Theatre debut this season, recently performed as Schaunard in La Bohème with the Fort Worth Opera and as Morales in Carmen with the Dallas Opera.

“South Pacific” runs July 12th through August 17th, playing Wednesdays and Thursdays at 7:00pm and Fridays and Saturdays at 8:00pm, with a 2:00pm matinee on Saturday, July 20th.

This production is made possible in part through the generous support of Planters Bank.