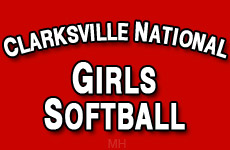 Clarksville, TN – Payton Harris scored from third base on an infield ground out to cap an extra-inning, come-from-behind victory, Monday night on Moore Field at Merricourt Park, as the Tennessee Swag defeated North Carolina 3-2 in nine innings to win the Little League 9-10 year-old Tournament of State Champions.

With the victory, the Tennessee Swag – from Clarksville — finished the tournament undefeated, while taking home the title versus the defending tournament champions.

Harris would open the bottom of the ninth inning by drawing a walk and move into scoring position at second base on an infield out by Mackaela Stuard.

Madelynn Powell would follow with a flared single into short right field, moving Harris to third base – with two chances for the Swag to get the game-winning run in.

They would only need one of those outs, with Bailey Slate hitting a come-backer to the North Carolina pitcher, who threw her out at first base, but Harris, would break on the throw to first, with the ensuing throw home not in time with Harris sliding in with the game-winner. 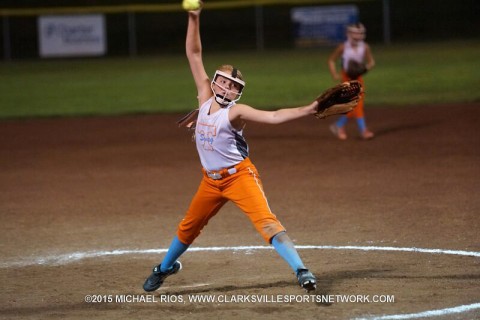 The Tennessee Swag, who defeated North Carolina earlier in the tournament 5-1, fell behind 2-0 after two-and-a-half innings, with the Tar Heel State squad scoring in the top of the first inning on a wild pitch and again in the top of the third inning on an RBI triple by Brooke Kennealy.

That lead would disappear in the bottom of the third inning, with the Swag scoring twice to tie the game 2-2.

Lauren Ashby would start the tying rally with a single to lead-off the bottom of the third inning – the first hit of the game for Tennessee – and moved to second base when the ball got past the right fielder. 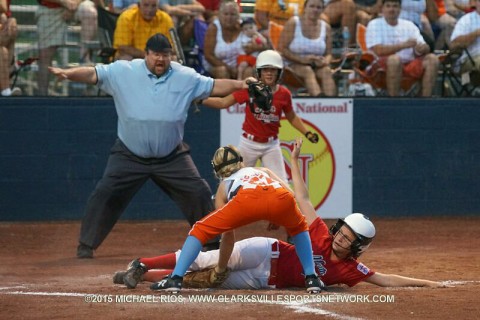 Ashley would be the lone Tennessee Swag player to record more than one hit in the game.

Emberly Nichols would follow with an RBI double, to drive in Ashby, to make it 2-1.

But Nichols was caught in between second and third base, with North Carolina getting the ball back into the infield quickly, but when Nichols broke for the third base, the throw was high and wide of the base, with Nichols coming all the way around with the tying run.

Both teams would really dig in after that, with both teams turning away potential scoring chances over the next five innings, especially the Swag, who turned in several stellar defensive plays to keep the game tied 2-2.

The first came in the top of the fifth inning, when Ashley turned a 6-3 double play to end a threat, but the best was still to come for the Swag, with North Carolina getting runners and second and third – with one out – in the top of the eighth inning.

But Ashley cut down a North Carolina run at the plate on a ground ball to short, while a batter later McKinlee Suiter laid out to snare a sinking liner to end the inning.

North Carolina also got a runner to third base in the top of the ninth, but with two outs, with Harris inducing a ground out to end the inning.

Harris would get the win in relief, throwing five shutout innings, with five strikeouts and no walks.