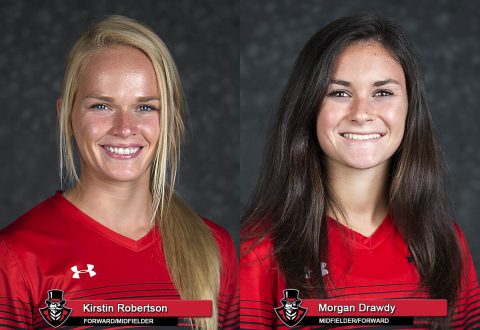 Robertson has been all a coach could ask for in a player since setting foot on Austin Peay’s campus in 2014.

In her senior season, Robertson was a leader for the young Governors squad on and off the pitch, serving as a team captain and playing over 1400 minutes in her final season as a Governor.

Drawdy, was third on the team in points with eight, racking up three goals and two assists playing in all 18 matches for the Govs. Drawdy is the seventh Gov in program history to be named to an All-OVC team and the All-Newcomer team in the same season, and the first since Emily Perkins in 2011.