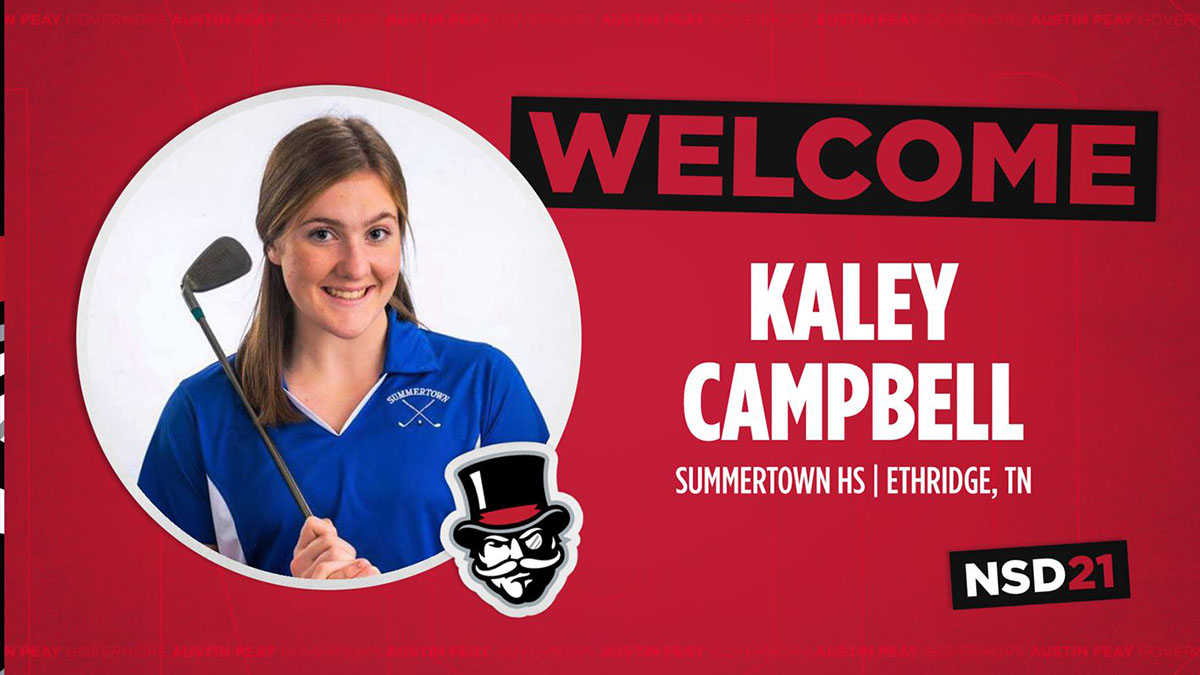 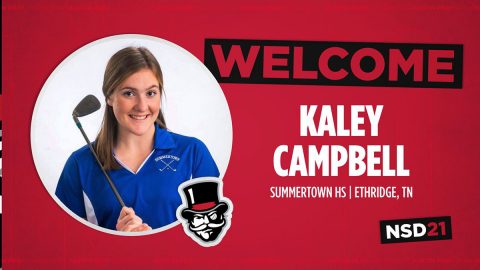 She was the 2018 Tennessee Small-Class Champion by six strokes with a four-over 148 (75-73); Summertown won its last two state titles by more than 70 strokes, with Campbell among the top-two team finishers in both tournaments.

In addition to being a four-time All-State performer on the course, she helped lead Summertown to a 2018 Class-A State softball title and a runner-up finish in 2019.

She was the Tennessee Softball Coache Association 2018 Middle Tennessee Miss Softball for Class-A/Division II and was a contributor on the Summertown girls basketball team which claimed runner-up honors at the 2018 TSSAA Class-A state basketball tournament and was named to the state’s All-Tournament team in 2017 and 2018.

On the junior circuit, she was the 2019 Sneds Junior Golf Tour Player of the Year in the Girls Age 16-18 category; she won five of seven tournament she entered on the tour that summer. She’s the first Austin Peay women’s golf signee with a Sneds Tour Player of the Year on her resume’ since Meghann Stamps, who was the 12-14 age-group winner in 2010 and 2011.

“Kaley is consistent player that brings a calming presence to those around her,” Combs said. “She never stops grinding on or off the golf course whether it’s battling an injury or needing to birdie the last hole to win. We are so excited to have her on the team, and I’m looking forward to watching her improve during her time in Clarksville!”