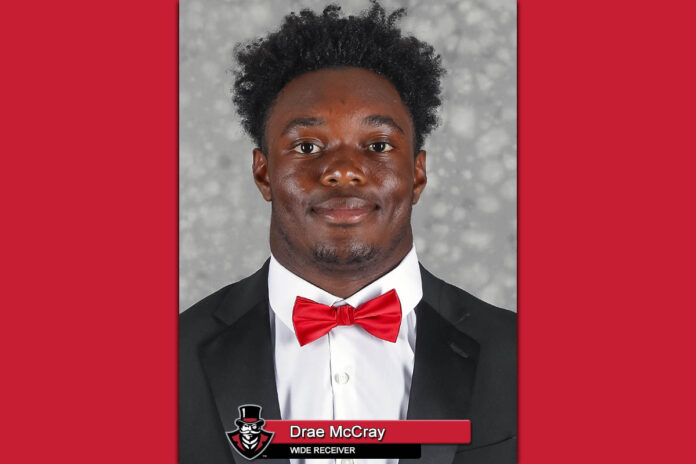 McCray, of Tallahassee, Florida, enters this week ranked sixth among FCS freshmen in receiving yards per game (57.9). He also is ranked fifth in receptions per game (4.7), with at least two receptions in each of the Govs seven games this season.

In the season’s first three weeks he had a flair for the big play, tallying 50-yard receptions against Chattanooga, Ole Miss, and Morehead State. His 57-yard reception at Chattanooga during the opening weekend still ranks as the Govs longest pass play this season.

Last week against Murray State, McCray caught four passes for 26 yards and a touchdown. That score joined his touchdown in the season opener at Chattanooga.

To be eligible for the Rice Award, a freshman can’t have surpassed four games played in one previous academic year – similar to the NCAA’s regular redshirt rule.

More players can join the watch list before a 50-member, national media panel selects the winner following the regular season.