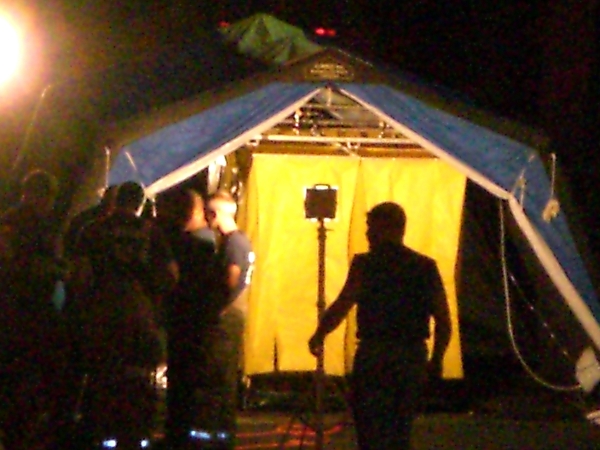 When Clarksville resident and APSU student Sandy Shirley signed on for a ‘ride along’ with the Clarksville Police Department, she had no idea she’d spend the evening locked down in the station, waiting for clearance from Emergency Management officials and a determination that a white substance brought into the station was– or preferably – was not a contagious virus such as smallpox.

Shortly after 7 pm. a young man walked into the station on Commerce Street with a package with a white powdery substance and possibly a syringe. Unconfirmed reports state that a syringe labeled smallpox fell from the package, confirming much of what Ms. Shirley witnessed. At one point she was a mere five feet away from the young man carrying the substance.

Response was immediate; the building and its staff and visitors were locked in and the rest of the world locked out. Within ten minutes, Commerce Street was closed to traffic, four fire engine, assorted EMS vehicles, an ambulance and numerous cruisers lines the street and parking areas. A decontamination station was erected near a department entrance, but then it became a case of hurry up and wait in the hot humid evening air. Wait for word on what the substance really was, and if it posed a real threat.

Fire officials, EMS personnel, and Homeland Security were the first responders, with a specialized HazMat crew from the Fort Campbell Military called in to assess the substance and determine exactly what is. 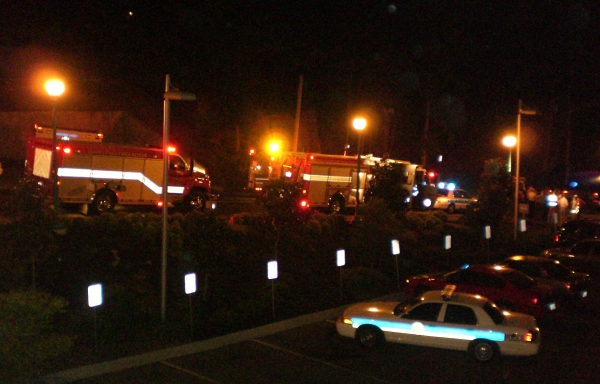 Clarksville Mayor Johnny Piper said the building and that section of Commerce Street and surrounding access streets would remain locked down and closed to traffic until the substance was identified and all persons inside the building, including Ms. Shirley, could be safely cleared and allowed to go home.

“Once the building is clean, we will open it and the road,” Piper said. “He would make no comment on the specifics of the investigation or whether any arrest had been made.”

“The investigation is ongoing,” Piper said. “At this time there is no probability of a threat to the people of Clarksville.” Piper did say the closure of the station could last as long as 24 hours.

Ms. Shirley was distressed and concerned about the lock-down and more afraid of possible contamination. She was locked in the entryway to the station, with glass doors giving her a panoramic view of the emergency response just a few feet away, and a second view into the main lobby of the station, to which she was denied access. The Clarksville Online staff remained in communication with her and could see her sitting, watching and waiting for her own release.