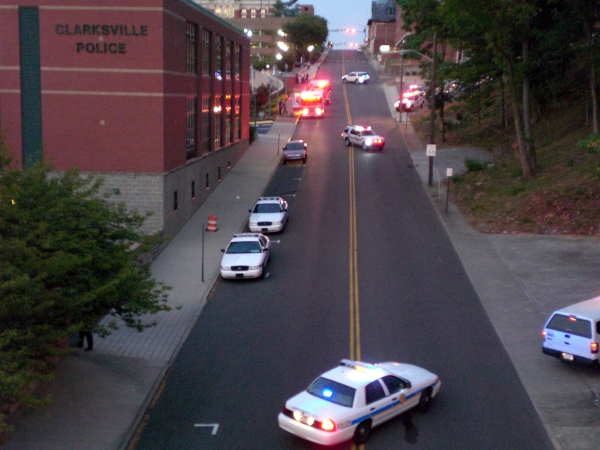 The Clarksville Police Department on Commerce Street was locked down shortly after 7:30 p.m. after a young man walked into the department with a “suspicious” package possibly containing smallpox. Within minutes the City’s Rescue Squad, Fire Department and Homeland Security vehicles arrived on the scene. No one, police officers or civilians, was being allowed into the building, or allowed to leave. The police could not yet confirm definitely that the substance was smallpox virus.

Clarksville Online contacted the department but officers refused to comment on this breaking story or events leading up to it. 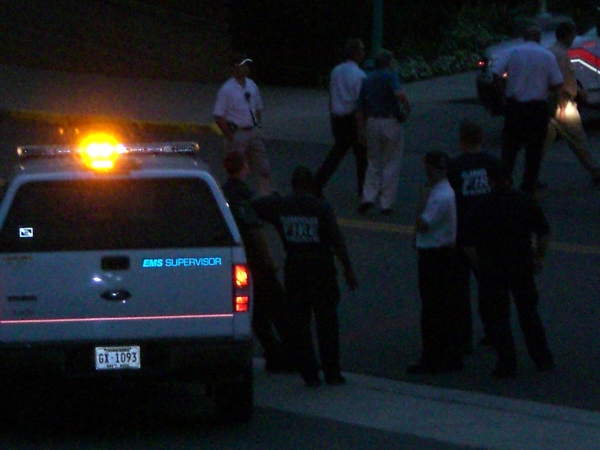 A witness to the event, calling from the station after the lock down, reported being told by police that they believed the substance in question to be smallpox virus and would have to wait out the investigative process.

We will continue to follow this breaking news story. A press statement is expected at approximately 8:40 p.m.