HomeArts/LeisureLive from the Met HD continues in January with two productions screening...
Arts/Leisure

On the heels of a stunning production of Gounod’s Romeo and Juliet, HD Live from the Met will launch the New Year with an international high definition broadcast of Englebert Humperdinck’s Hansel and Gretel on January 1, 2008. The curtain rises promptly at noon in two Nashville Regal Theaters: Green Hills and Opry Mills.

Most fairy tales, though charming on the outside, have darker underpinnings. Alice Coote and Christine Schäfer play the siblings lost in a shadowy world of unknown menace, pursued by the Witch (portrayed by tenor Philip Langridge) who seeks to devour them. The English-language production of Engelbert Humperdinck’s masterful treatment of the beloved story by the Brothers Grimm is the second in the Met’s annual series of special holiday presentations.The Metropolitan Opera has cast Christine Schafer as Gretel, Alice Coote as Hansel, and Rosalind Plowright as Gertrude. Vladimir Jurowski conducts. 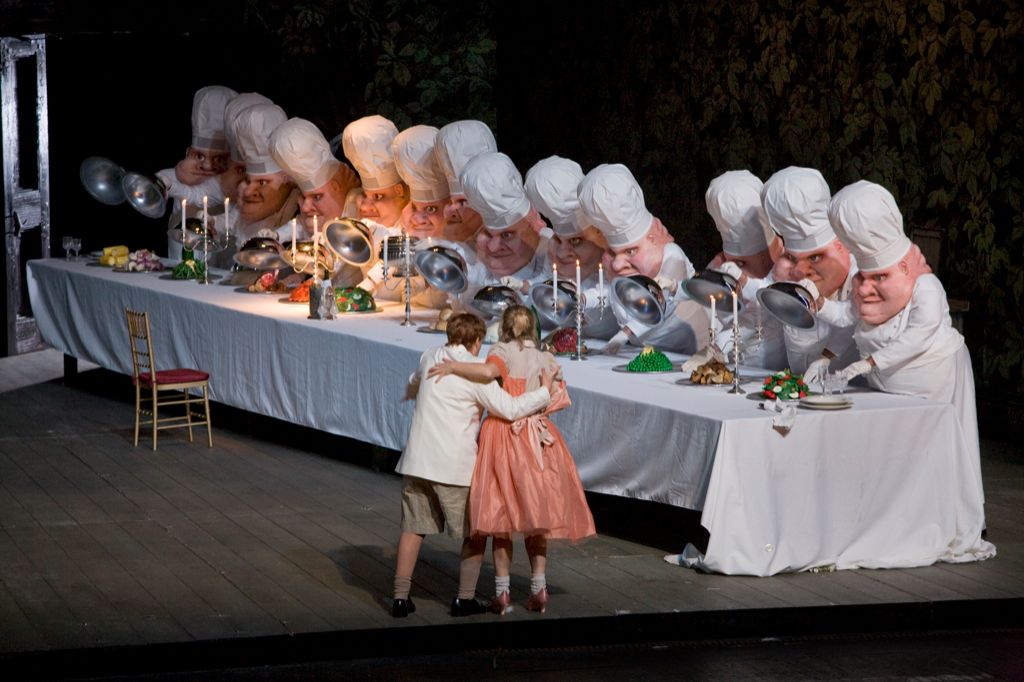 In this version, the two children are left home alone; they haven’t done their chores, and they are hungry. Their mother returns and shoos them into the woods. In the forest, the children gather berries, become lost and fall asleep, dreaming of angels. They awake to see a Gingerbread House, and a witch who wants to fatten them up, but the children turn the tables on her, push her into the oven just before they are found and rescued by their worried parents.