HomeSportsGovs travel to league-leading Jacksonville State to wrap up first half of...
Sports

Jacksonville, AL – Austin Peay reaches the halfway point of the 2011 Ohio Valley Conference race with a visit to league-leading Jacksonville State for a three-game series at Rudy Abbott Field. The series begins with a 1:00pm, Saturday doubleheader before wrapping up with a 1:00pm, Sunday contest.

Austin Peay (15-17, 5-3 OVC) has found Abbott Field to be particularly uninviting, winning just once in 10 visits all time. However, that lone victory came in the Govs last game in Jacksonville – a 10-9 win on March 29, 2009. The series has proven to be a well-fought affair with 18 of the 28 meetings all time being decided by two runs or less, including five of the last six.

The Govs enter the key weekend set after losing a pair of midweek contests, surrendering 17 runs to both Western Kentucky and Belmont. However, Austin Peay’s offense scored a season-high 16 runs in the loss to Belmont, Wednesday.

In conference play, the Govs have won their last two conference series but both were played at Raymond C. Hand Park. Austin Peay is 1-1 in its only home OVC road trip this season at Murray State.

Austin Peay has seen its offense warm up in April, posting a .348 team batting average and scoring 8.1 runs per game during the month. Sophomore shortstop Reed Harper has a hit in each of the month’s 10 games and leads the Govs with a .457 batting average. Junior third baseman Greg Bachman (.447) and junior center fielder Michael Blanchard (.412) also are hitting above .400 in April.

As good as its starting rotation has been, the Govs OVC bullpen has more than held its own. The seven pitchers who have appeared in league play out of the pen have combined for a 3.27 ERA in 22 innings (2.75 innings per game) while limiting opponents to a .284 batting average. Senior closer Ryne Harper has three saves in league play, including a pair against Eastern Kentucky last weekend. 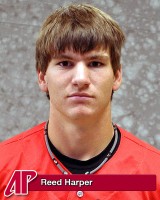 Jacksonville State (23-11, 6-3 OVC) has been the cream of the OVC crop, racing out to its best start under head coach Jim Case. The Gamecocks have opened OVC play with series victories against UT Martin, Tennessee Tech and Murray State and have won their last six OVC series dating back to last season.

Offensively, the Gamecocks are batting a league-best .317 this season. Junior first baseman Erik Underwood is batting a team-best .398 this season and  is one of seven JSU regulars batting .300 or better this season. Among that group is junior outfielder Kyle Bluestein (.317 BA), the reigning OVC Player of the Week, who hit .643 last week with three home runs and eight RBI. 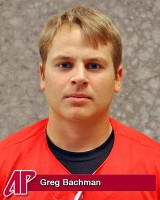 On the mound, Jacksonville State will enter the weekend with at least one question mark as a Game 2 starter has not been determined. Junior right-hander Aaron Elias (5-1) will get the nod for Game 1 and will put his 2-1 record and 2.89 ERA on the line. Junior right-hander Jordan Beistline (4-0) will wrap up the series and is 1-0 with a 7.71 ERA in three previous OVC starts.

However, the Gamecocks will seek to get the ball into the hands of junior right-handed closer Todd Hornsby who has been dominant so far this season with a 2-2 record and 10 saves in 16 appearances this season while posting a 1.67 ERA in 27 innings. He recorded a pair of saves last week, including a six-out save against Murray State, while tossing 3.1 innings of scoreless relief and allowing one hit en route to OVC Co-Pitcher of the Week honors.