2nd Arrest made in Walgreens Burglary

Clarksville, TN – Clarksville Police have made a second arrest, Robert Charles King, in the Walgreens burglary.

Detective Kevin Rushing was following up on leads from the burglary and interviewed Robert King, a taxi cab driver that had Conifer as a fare on the day of the burglary. The driver alleged that he did not personally know Conifer and denied any knowledge of the burglary or location of the stolen drugs. Detective Rushing confronted King with some information that indicated King was not telling the truth; King then admitted to lying. 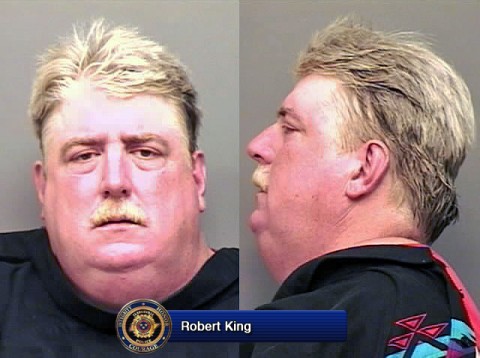 The investigation revealed that King had received several bottles of stolen medication in exchange for cab fare. It was further determined the medications were from the burglary at Walgreens. The drugs were found and recovered from under a floorboard inside a utility room at King’s house.

Police are fairly confident that all the drugs from the burglary have been recovered or accounted for.

For more on the story, see: Walgreens Burglarized, Man in Custody.