Santa Monica, CA – After a year of anticipation, after the breakout success of the first-ever Call of Duty® XP live fan event, and after pre-order numbers that toppled even those of 2010’s mega-seller Call of Duty®: Black Ops, the ultimate shot has at last been fired. Call of Duty®: Modern Warfare® 3 is now available at retail worldwide. 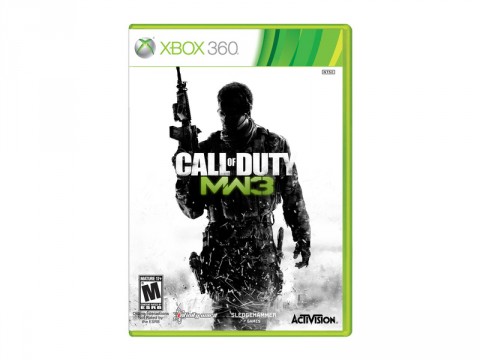 Activision’s Call of Duty: Modern Warfare 3 kicked off its worldwide invasion at midnight as gamers crashed launch parties at over 13,000 retailers from Sydney to London to New York City, intent on being among the first to pull the trigger on the title dubbed “the most anticipated video game in history” by GameStop’s Senior Vice President of Merchandising, Bob McKenzie. “This watershed launch extends the legacy of the franchise like no other previous release,” said Eric Hirshberg, CEO of Activision Publishing, Inc., a wholly owned subsidiary of Activision Blizzard, Inc. (Nasdaq: ATVI). “Combining the narrative punch and gameplay innovations of the next chapter in the Call of Duty: Modern Warfare series with the unique services of Call of Duty Elite will bring Call of Duty gamers together in a cohesive, fan-focused environment like no other.”

Co-developed by Infinity Ward and Sledgehammer Games, Modern Warfare® 3 delivers a full assault on gamers’ senses, including an intense single-player campaign that picks up immediately following the events of Call of Duty®: Modern Warfare® 2 and escalates into World War 3, as well as groundbreaking upgrades to the beloved Special Ops like the all-new Survival Mode. Special Ops serves as the perfect springboard to Modern Warfare 3’s re-imagined multiplayer, featuring the series’ trademark visceral gun-on-gun combat, a revamped pointstreak system with the introduction of “Strike Packages,” devastating new modes like “Kill Confirmed” and other gameplay enhancements, new features and a bevy of new weapons, equipment, and perks.

Gamers can ratchet up the excitement even further with the Xbox 360 Limited Edition Console package, featuring a console with custom Call of Duty® MW3 artwork, a 320GB hard drive, two wireless controllers, custom Modern Warfare-inspired system audio and a copy of the game.

Call of Duty Elite, from developer Beachhead Studio, is a comprehensive social gaming network and offers a deep and innovative free service for all registered Call of Duty players to Connect, Compete, and Improve. Call of Duty Elite provides “always-on,” universal communication between the platform and the game. Players can access Call of Duty Elite via mobile, web, or console—to connect with friends, plan matches with their Clan or social Group, configure load-outs, access comprehensive stats and interactive heat maps, and much more. Since Call of Duty Elite was developed alongside Modern Warfare 3, many of the features offer seamless interaction between the service and players’ in-game experience, including the ability to customize loadouts and sync them to the game, customize in-game Clans, upload HD videos, and find new friends from social Groups in-game. Call of Duty Elite’s premium tier adds the Modern Warfare 3 DLC delivered monthly throughout the 9 month DLC season, a constantly updated Program Guide of daily competitions for virtual and real-world prizes, exclusive clan leveling and competitions, access to the hotly anticipated Call of Duty Elite TV and more. Annual membership is available for $49.99, less than $5.00 per month. Many features of Call of Duty Elite are also backwards compatible with Call of Duty: Black Ops, and will also support future enabled versions of Call of Duty with one integrated platform.

Activision maintains operations in the U.S., Canada, the United Kingdom, France, Germany, Ireland, Italy, Sweden, Spain, Norway, Denmark, the Netherlands, Australia, South Korea, China and the region of Taiwan. More information about Activision and its products can be found on the company’s website, www.activision.com [3].