Clarksville, TN – Freshman center Chris Horton, of the Austin Peay State University men’s basketball team, has been named the Copies in a Flash APSU Athlete of the Week.

Horton averaged 12 points and seven rebounds in a home win against Berea College and a home loss to Fairfield, last week. He also blocked five shots and has at least two blocks in all seven games this season. Horton ranks 14th nationally with 2.86 blocks per game through four weeks of play. 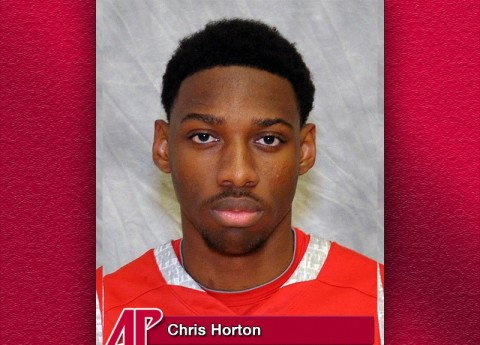 Monday, Horton was named Ohio Valley Conference Freshman of the Week for the third time this season. He is the first Austin Peay freshman to win the award at least three times since Drake Reed was a four-time selection during the 2005-06 season.