Clarksville, TN – Austin Peay State University softball rising senior shortstop Kayla Davidson was airlifted to a Memphis, TN trauma center July 17th after being hit by a vehicle while riding a bike near her home in South Fulton, TN. 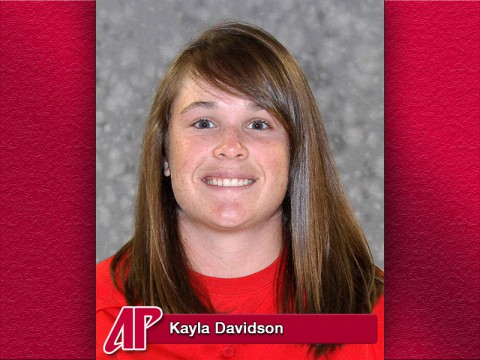 Davidson was struck from behind by a vehicle along with her younger sister Gracy, who was also injured and airlifted to Memphis.

Early information was that the injuries she suffered were serious, but Davidson did send a tweet out the morning of July 18th to friends and teammates stating that she was going to be ok.

Clarksville Online will have updates on Davidson’s condition as more information becomes available.