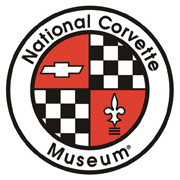 Bowling Green, KY – The National Corvette Museum Board of Directors held their quarterly meeting and finalized plans for repair of the Museum’s Skydome building, and the eight Corvettes affected by the February 12th, 2014 sinkhole collapse.

After careful review of additional information and revised plans with price quotes from the construction company, the board voted to completely fill in the sinkhole.

“We really wanted to preserve a portion of the hole so that guests for years to come could see a little bit of what it was like, but after receiving more detailed pricing, the cost outweighs the benefit,” said Museum Executive Director Wendell Strode. “At the June board meeting, the information available at that time indicated a cost of around $500,000 more to keep the hole, but after incorporating additional safety features and vapor barriers for humidity control, the price tag rose to $1 million more than the cost to put the Skydome back how it was.”

Keeping even a portion of the sinkhole would require 35 foot retaining walls to be built inside of the sinkhole, additional micro piling, visible steel beams running through the hole, and soil nailing.

All of these additional structural features are to ensure the safety of the sinkhole and prevent cracking and breaking of the sides in the future, which could result in stability issues, but take away from the natural look of the original sinkhole. The board also considered future maintenance issues that could arise if the hole was kept and the possibility that the hole wouldn’t look like a naturally occurring sinkhole any longer.

“The interest in our new attraction has been phenomenal so we do plan to leave it ‘as-is’ through our Vets ‘n Vettes event November 6th-8th, 2014, after which time we will begin the process of remediating and filling the hole,” Strode added.

Chevrolet and the National Corvette Museum will restore three of the Corvettes that were damaged when they were swallowed up by the sinkhole.

Chevrolet will restore the 2009 Corvette ZR1 prototype, known as the Blue Devil, and the 1-millionth Corvette produced – a white 1992 convertible. The GM Heritage Center will oversee this process. In addition, the restoration of the 1962 Corvette will be funded by Chevrolet, but will be handled by the National Corvette Museum. A restoration shop has not yet been determined.

The remaining five cars were determined to be too badly damaged to warrant restoration. They will remain in their as-recovered state to preserve the historical significance of the cars and what happened on February 12th, 2014. They will become part of a future display at the Museum.

In total, General Motors will provide nearly $250,000 in support to help the Museum recover from the sinkhole. The National Corvette Museum celebrates its 20th anniversary this weekend as it welcomes the Corvette enthusiasts nationwide who have helped expand and support the non-profit Museum.

“Our goal was to help the National Corvette Museum recover from a terrible natural disaster by restoring all eight cars,” said Mark Reuss, GM Executive Vice President, Global Product Development. “However, as the cars were recovered, it became clear that restoration would be impractical because so little was left to repair. And, frankly, there is some historical value in leaving those cars to be viewed as they are.”

It’s a sentiment echoed by Corvette enthusiasts from around the globe.

“There has been an outpouring of messages from enthusiasts the world over, asking us not to restore all of the cars,” said Wendell Strode, executive director for the National Corvette Museum. “For Corvette enthusiasts, the damage to the cars is part of their history, and part narrative of the National Corvette Museum. Restoring them all would negate the significance of what happened.”

Timelines for the start and projected completion dates for the three Corvettes’ restorations have not been established. They will be announced later.

On Wednesday, February 12th, 2014, at 5:44am, National Corvette Museum (NCM) personnel received a notification from their security company about motion detectors going off in the Skydome area of the museum. When those personnel arrived on site, a sinkhole was discovered, eventually measuring about 45 feet wide, 60 feet long and up to 30 feet deep.

The sinkhole swallowed eight historic Corvettes – two on loan from GM and six owned by the museum:

On March 3rd, the 2009 Blue Devil was the first car recovered and despite significant damage was started and driven out of the Skydome. The 1.5-millionth Corvette and Mallett Corvette were the last cars pulled from the sinkhole, on April 3rd and April 9th, respectively – after workers were initially unable to find them amid the collapsed earth.

All eight cars were placed in a special display, fueling a nearly 70-percent jump in museum visitor traffic in the months after the sinkhole appeared.

Construction is expected to take approximately 6 months to complete. The Museum will remain open during the process, and the work in the Skydome will be viewable via a Plexiglas wall.

The Museum plans to create a meaningful sinkhole exhibit within the Skydome, featuring the cars involved, 3D interactive images of the sinkhole, videos, photos and more.

The Museum is located at I-65, exit 28 in Bowling Green, KY – just one hour north of Nashville, TN and less than two hours south of Louisville, KY.

For more information on the Museum, visit their website at www.corvettemuseum.org or call 800.538.3883