The addition of a third infantry battalion brings 2BCT on par with its sister brigades within the 101st Abn. Div., which have already added an addition maneuver unit in accordance with the Department of the Army’s restructuring initiative, BCT 2020.

During his speech at the activation ceremony, Col. Peter N. Benchoff, the commander of 2BCT told an anecdotal story about the activation of the 101st Airborne Division in 1942.

“On the activation of the 101st in 1942, Maj. Gen. Lee published General Order number five, that stated that the ‘101st has no history, but it has a rendezvous with destiny,” Benchoff said. “Unlike the 101st at its activation the [Blue Spaders] have a distinguished and accomplish history and I am extremely honored to know that on any future battlefield, [1-26th] won’t fight on our flank but fighting as a member of this brigade to accomplish our next rendezvous with destiny.” 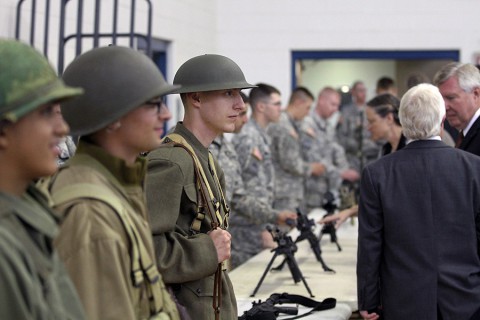 “This opportunity to build a new unit in 101st is unpreceded,” said Lt. Col. Ryan Wylie, the commander of 1st Bn. 26th Inf. Rgt., 2BCT, 101st Abn. Div. “It’s important to [Leaders and Soldiers of 1-26th] to embrace the legacy of 1-26th Infantry Regiment, and the 101st Airborne Division. Becoming Air Assault qualified [as a unit] is a critical part of our integration into this team.”

Among those in attendance were members of 26th Infantry Regiment Association who have served in the historic unit. 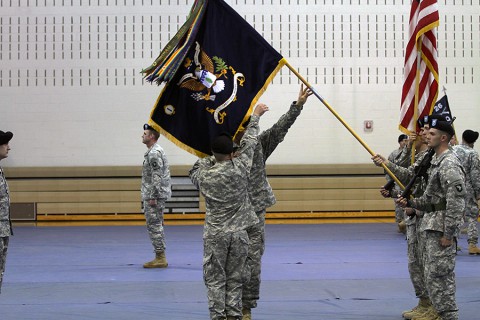 “It’s great to have [Blue Spaders] here in the Strike Brigade,” said Randal Dragon, a retired brigadier general and the honorary commander of the 26th Infantry Regiment. “It’s important to stay in touch with these Soldiers so they understand how much history, sweat and blood has gone into the unit before them,” he said.

The Blue Spaders linage dates back to 1901, when congress authorized five additional infantry regiments to support the nation’s responsibilities overseas.

Since then the Blue Spaders have been engaged in every major conflict from World War I to the Global War on Terrorism.