Clarksville, TN – Capping off an outstanding senior season on the softball field, Austin Peay State University’s Laurel Burroughs has been named to the Ohio Valley Conference Second-Team, by the league’s coaches and sports information directors. 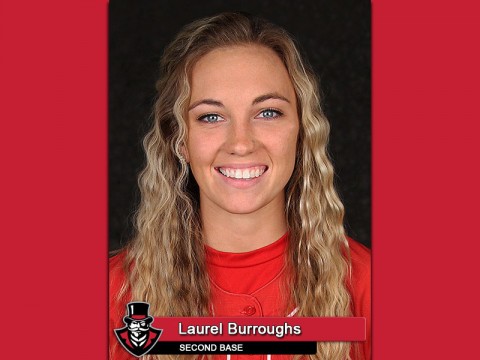 It is the first post-season conference selection for the Lebanon, Tennessee second baseman, who was the lone Lady Gov to be named to either of the All-OVC First- or Second-Teams.

Defensively, Burroughs has helped anchor a defense that has been ranked in the top-five in Division I in double plays turned the past two seasons – including a current No. 4 ranking at the end of the regular season.

Burroughs was also named the team’s MVP this year and has been nominated for consideration for National Fastpitch Coaches Association All-Region honors.