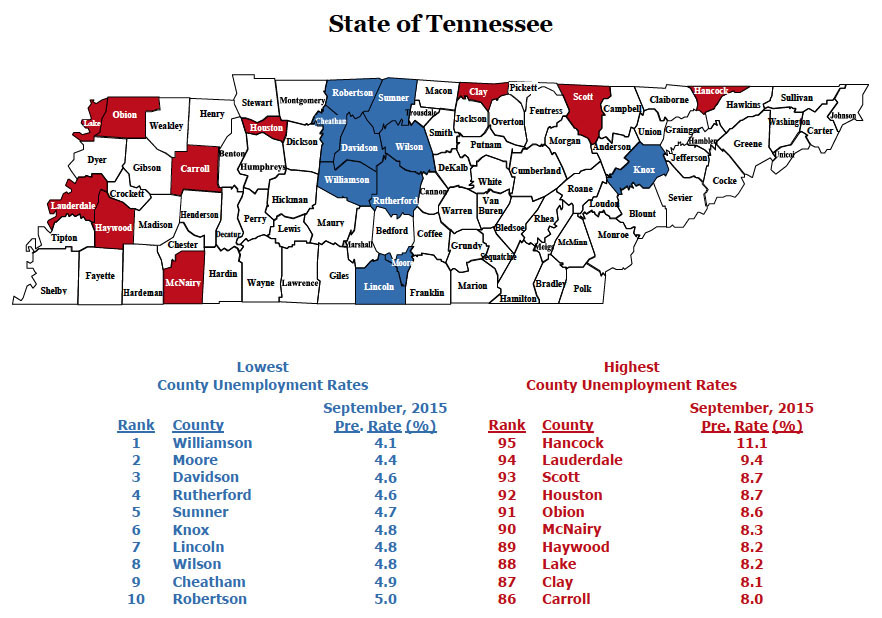 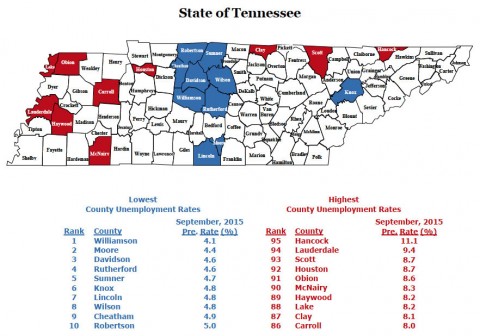 Davidson County had the state’s lowest major metropolitan rate in September at 4.6 percent, up from August’s rate of 4.5 percent. Knox County was 4.8 percent in September, the same as the previous month.

The Hamilton County September rate was 5.6 percent, down from 5.7 in August. Shelby County was 6.7 percent in September, down from 6.9 percent the previous month.

The state and national unemployment rates are seasonally adjusted while the county unemployment rates are not. Seasonal adjustment is a statistical technique that eliminates the influences of weather, holidays, the opening and closing of schools, and other recurring seasonal events from economic time series.