Scholarships to be awarded during first homestand of 2016 season

The program is designed to award four deserving Nashville and Middle Tennessee graduating high school seniors who plan to attend college in the fall of 2016. Each recipient will be awarded with a scholarship of $2,500 to be used for their college tuition.

“We’re very proud of this scholarship program that has been fueled by the many fundraising initiatives of our community relations team dating back to Opening Day of 2015. Our fans that populate First Tennessee Park deserve praise for making the Nashville Sounds Foundation a reality with their efforts. This is just the beginning of something we expect will grow by leaps and bounds in future years,” said Garry Arthur, Sounds General Manager and COO.

Interested seniors must complete the application process at www.nashvillesounds.com

The process includes submitting a two to three-page essay describing personal experiences that have helped the student evolve and at least two letters of recommendation from teachers and/or coaches. The scholarship will be awarded based on a culmination of the student’s school work, extracurricular activities and involvement in the community.

Applications must be submitted to the Nashville Sounds no later than February 15th, 2016. The scholarships are scheduled to be awarded during the first homestand of the season.

The 2016 season will be the Sounds’ 19th year in the Pacific Coast League and their second as the Oakland Athletics’ top affiliate. The Sounds begin the season at First Tennessee Park when they host the Oklahoma City Dodgers on Thursday, April 7th at 6:35pm.

Season ticket memberships are available now by calling 615.690.4487 or by visiting www.nashvillesounds.com

About the Nashville Sounds Foundation 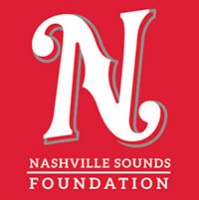