It wouldn’t take long for the Governors (5-13, 1-0 OVC) to get scoreboard, with Chandler Groves and Acree opening the game with back-to-back doubles – with Acree’s hitting the top of the fence in center field and bouncing back onto the field — for the quick 1-0 lead.

As it turned out that would be all the runs that the Govs would need, with Hanners (3-6) holding the Cougars (6-12, 0-1 OVC) scoreless on just three hits, while walking three and striking out three. 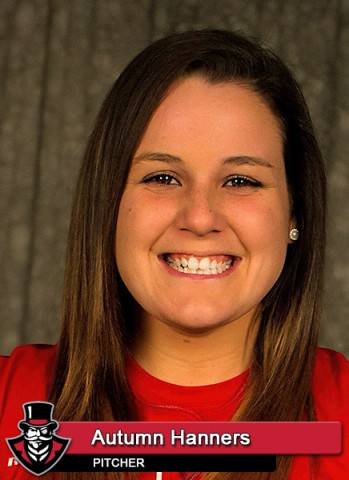 The shutout was the first for Austin Peay since former All-OVC performer Lauren de Castro shutout Middle Tennessee on April, 9th, 2014 and the first time APSU had shutout an OVC opponent since a 2-0 win over Tennessee State on March 23rd, 2014 – also by de Castro.

Austin Peay’s other run came in the top of the fifth inning, with Acree blasting her team-best third home run of the season over the right-field fence to start the inning.

Acree and Rikki Arkansas led the Govs with three hits each, while Groves, Danielle Liermann and Erica Inagaki had the other APSU hits.

Austin Peay will conclude its OVC opening series versus SIUE with a rare Monday doubleheader, beginning at 1:00pm.