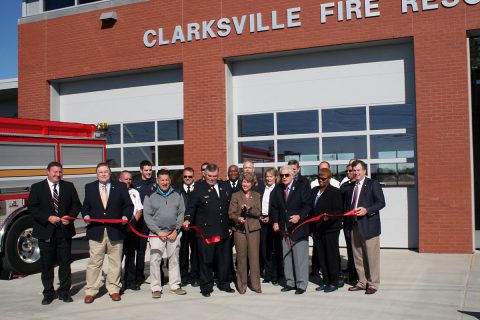 A ribbon cutting ceremony was conducted at 10:00am Thursday, Nov. 10 at Clarksville Fire Rescue Station 11, 945 Tylertown Road. The station will open Nov. 29 and serve the rapidly growing area around Exit 1.

“We dedicate this new fire station to the people of Clarksville, and we thank them for it. Safety is our No. 1 priority, and this reflects our commitment to provide more public safety protection for this rapidly growing section of Clarksville,” Mayor McMillan said to a group that included citizens, several City Council members, Fire Rescue officers, and the City’s project management team. “This is a great and much anticipated day in the life of Clarksville.”

Chief Roberts said the station will be put into operation at 8:00am November 29th. Fire Rescue has hired 15 new firefighters to staff the new station, and the staff assignments and company supervisor will be announced later this month. 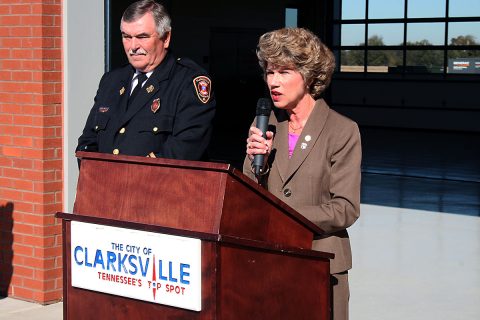 The total project cost for construction of Fire Station 11 is $1.838 million.

It includes three bays for a fire truck, a rescue truck and other equipment; a dormitory for four fire fighters required to staff the station; living quarters for one supervisor; an exercise room; and a reinforced concrete safe room for firefighters to shelter in during storms.

“The Exit 1 area, which is growing rapidly with a lot of residential and business development, has been in need of more fire protection,” Chief Roberts said. “This location also will help with backup for other nearby stations. Clarksville Fire Rescue is pleased to add these resources to serve our city.”

Fire Station 11 was approved first, but the $800 million Hankook Tire project required the city to move forward and build Fire Station 12, which opened in November 2015 on Industrial Boulevard.

Site preparation began on Fire Station 11 in fall of 2014 and construction began on the building in February 2016.

“We had to build two stations quickly, so it took everyone working together,” City Project Manager Brad Workman said. “I’m proud of how productive we’ve been to plan and deliver two stations in just over two years, with both stations on schedule and under budget.” 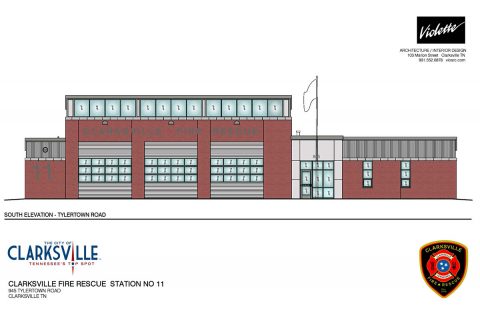