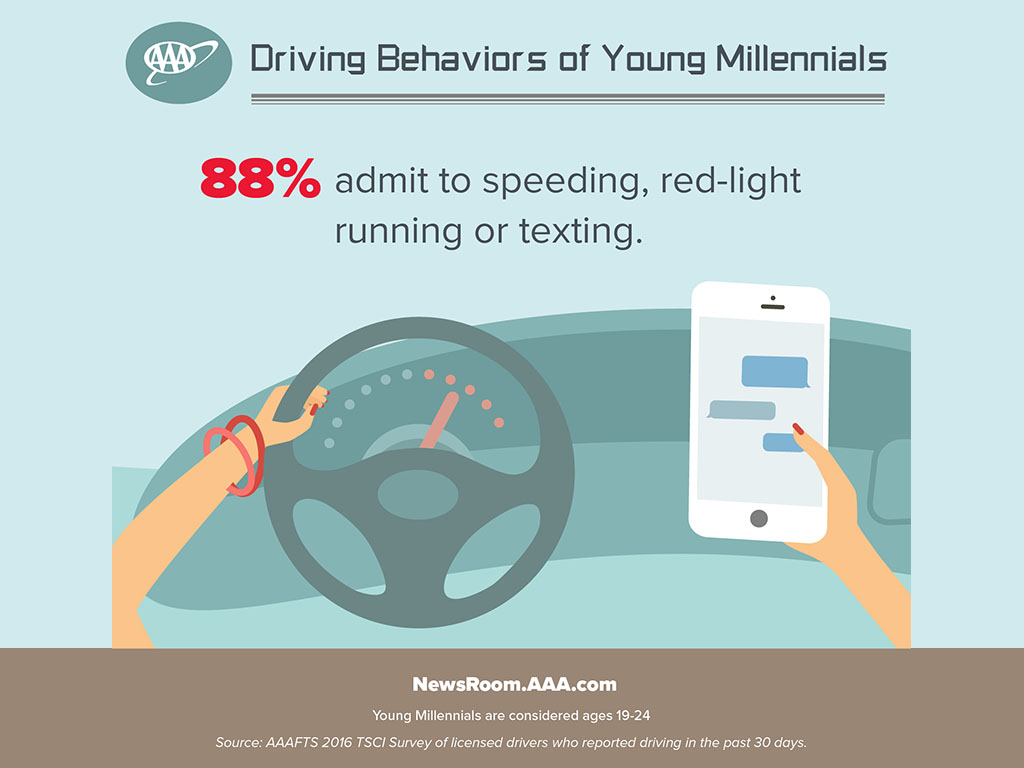 Knoxville, TN – A new report from the AAA Foundation for Traffic Safety found that 88 percent of young millennials engaged in at least one risky behavior behind the wheel in the past 30 days, earning the top spot of worst behaved U.S. drivers. 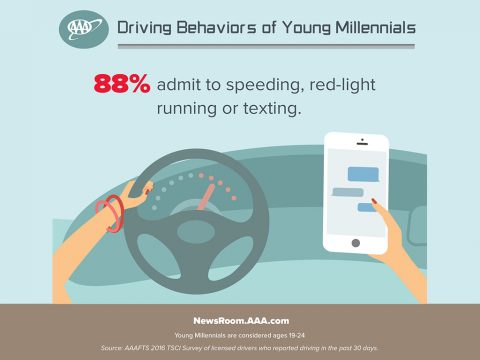 “Already, year-to-date, we have had more traffic related fatalities in Tennessee than we did at the same time last year, “ said Stephanie Milani, Director of Public Affairs, AAA – The Auto Club Group. “

“Alarmingly, some of the drivers ages 19-24 believe that their dangerous driving behavior is acceptable,” said Dr. David Yang, AAA Foundation for Traffic Safety executive director. “It’s critical that these drivers understand the potentially deadly consequences of engaging in these types of behaviors and that they change their behavior and attitudes in order to reverse the growing number of fatalities on U.S. roads.”

The new survey results are part of the AAA Foundation’s annual Traffic Safety Culture Index, which identifies attitudes and behaviors related to traffic safety. The survey data are from a sample of 2,511 licensed drivers ages 16 and older who reported driving in the past 30 days.

The AAA Foundation issued its first Traffic Safety Culture Index in 2008, and the latest report is online at www.AAAFoundation.org

Established by AAA in 1947, the AAA Foundation for Traffic Safety is a 501(c)(3) not-for-profit, publicly-supported charitable educational and research organization. Dedicated to saving lives and reducing injuries on our roads, the Foundation’s mission is to prevent crashes and save lives through research and education about traffic safety. The Foundation has funded over 300 research projects designed to discover the causes of traffic crashes, prevent them and minimize injuries when they do occur.

ACG belongs to the national AAA federation with more than 57 million members in the United States and Canada and whose mission includes protecting and advancing freedom of mobility and improving traffic safety.