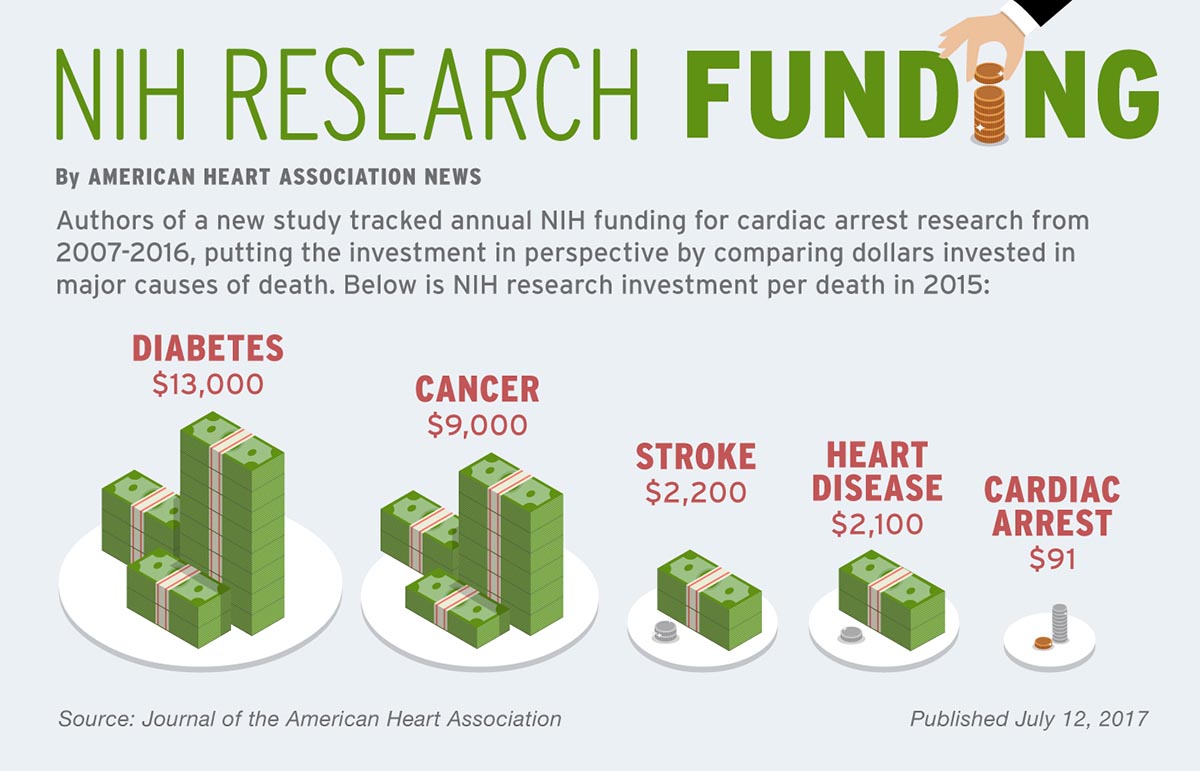 Study authors cite Institute of Medicine statistics that suggest cardiac arrest is the third leading cause of death in the United States, claiming more than 450,000 lives each year. 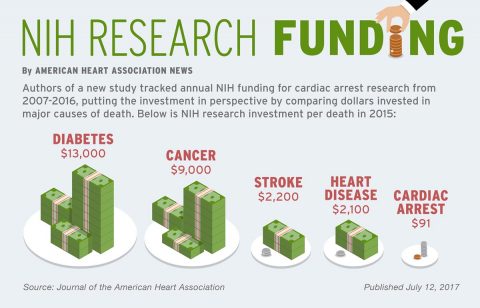 Cardiac arrest is treatable when people, including bystanders, know what to do and act quickly, according to lead study author Ryan A. Coute, a medical student at Kansas City University of Medicine and Biosciences, who conducted the research while completing a fellowship at University of Michigan. “Funding of cardiac arrest research is a critical step towards improving survival of cardiac arrest,” Coute said.

In 2015, NIH investment breakdown was:

Cardiac research received about 0.19 percent of the total NIH research grant funding in 2015.

“One of the challenges could be that we don’t have enough scientists applying for grants in cardiac arrest research,” Neumar said. “It could also be a chicken or the egg scenario where there isn’t enough money to do research, so researchers study other diseases.”

This study is the first to provide a detailed picture of the trend in annual cardiac arrest research funding in the United States.

“Although our results do not demonstrate the cause in this apparent funding disparity, they should help inform the debate regarding optimal funding of cardiac arrest research in the U.S.,” Coute said.

Other co-authors are Ashish R. Panchal, M.D., Ph.D., and Timothy J. Mader, M.D. Author disclosures are on the manuscript.

The Sarnoff Cardiovascular Research Foundation supported Ryan Coute, who was a research fellow during this study.