HomeNewsTBI Indicts Three People Accused of Abuse of a Corpse in Death...
News 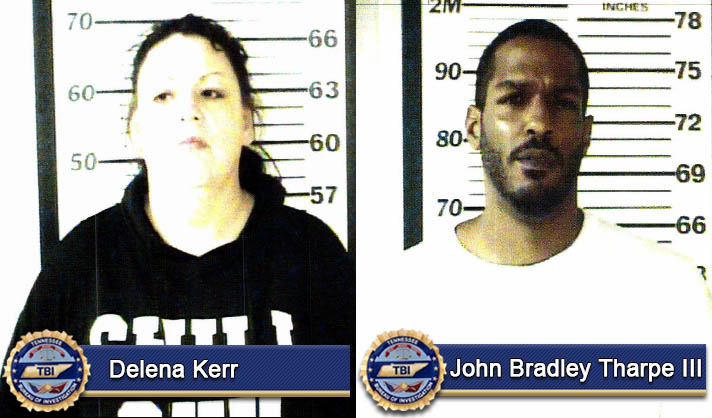 Jackson, TN – Special Agents from the Tennessee Bureau of Investigation, working in cooperation with the Henry County Sheriff’s Office, and the Puryear Police Department, have obtained indictments for three individuals accused of abusing a corpse.

At the request of 24th District Attorney General Matthew Stowe, TBI Agents joined the investigation into the death of a woman identified as 20-year-old Emily Webb, found in her car July 10th along Blood River Church Road. 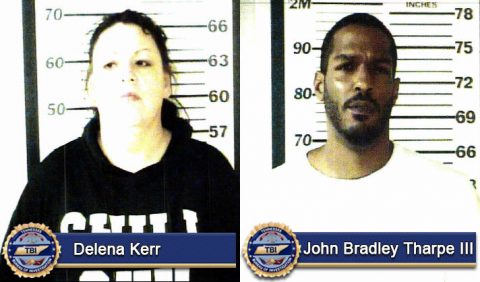 Though Webb’s death was determined to be the result of a drug overdose, during the course of the investigation, authorities developed information that Delena Kerr (DOB 9-29-76), John Bradley Tharpe III (DOB 9-27-78), and Charles Delk (DOB 7-8-79) rendered no aid and transported her remains to the rural location.

On Monday, November 6th, 2017, the Henry County Grand Jury returned indictments, charging each individual with one count of Abuse of a Corpse.

On Tuesday, November 7th, authorities located Kerr at her residence in McKenzie, while officers from the Paris Police Department arrested Tharpe. Authorities subsequently booked both into the Henry County Jail, each on $20,000 bond.

At the time of this release, Delk remained in the custody of authorities in Kentucky on unrelated charges, and his current booking photograph was not available.