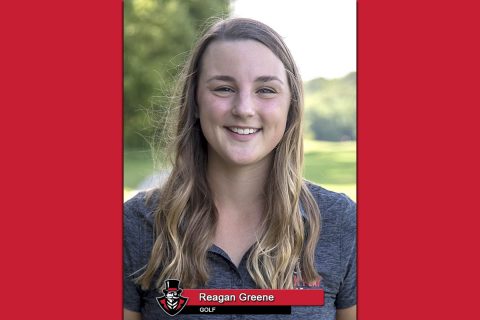 Greene led the Govs to a successful defense of their title at the 2018 Town and Country Invitational at McCabe Golf Course in Nashville and won individual medalist honors for herself after a 69-72 (141) showing that left her a shot clear of Tennessee Tech’s Shelby Johnson for the win.

She canned a team-high six birdies over 36 holes and dominated the field on par-4 holes, averaging even-par; no other player in the field managed any better than a 4.13 average, giving Greene a useful three-stroke advantage.

A member of the 2018 OVC All-Newcomer team, this is Greene’s first career weekly honor from the league and first for a Governor since AnnaMichelle Moore [2], who also earned a weekly nod from the league office for winning the Town & Country Invitational last season. It also sends Greene and the Governors into the winter break on a high note, as the Govs will not return to action until the February 25th-26th Oyster Match Play Challenge in Mt. Pleasant, South Carolina.