Nashville, TN – Tennessee Department of Education Commissioner Candice McQueen today announced that Tennessee public school students have once again broken the previous year’s record by earning an average composite score of 20.2 on the ACT in 2018. 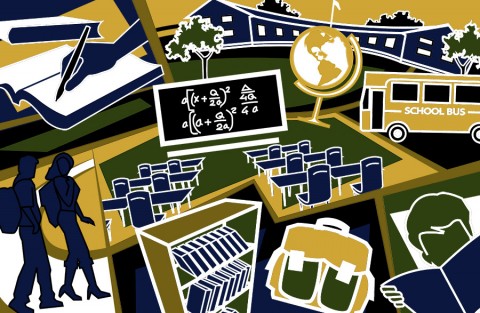 More than 1,400 new Tennessee Students now able to access up to $23.4 million in HOPE Scholarship funds.

Tennessee public high school graduates improved from the 2017 average of 20.1, with more than 2,000 additional students taking the exam this year, bringing the state’s participation rate up to 97 percent – also a new record high.

The results also show that 1,463 more Tennessee public school graduates became eligible for the HOPE scholarship by earning composite scores of 21 or higher.

Additionally, the 63,104 public school graduates who took the ACT increased their average score in most subject areas.

The average ACT score for the public school graduating class of 2018 in each subject area was:

“The ACT provides an opportunity for our students to show they are college and career ready, and seeing a higher average score at the same time more students are taking the test is a true testament to the work that is happening in Tennessee schools,” Commissioner McQueen said. “Our schools are increasingly moving toward deeper teaching and learning that meets our higher expectations, and that focus pays off on tests like the ACT and SAT.”

Other encouraging results show that students who are economically disadvantaged grew at a faster rate that than any other student group, including all students. These students’ scores grew an average of 0.2 points, bringing their average composite score up to a 17.7 compared to a 17.5 in 2017.

Tennessee has focused on improving ACT results and expanding all students’ access to college and career readiness opportunities more broadly. The class of 2018 was the second group to have access to a free opportunity to retake the ACT, which the department expanded to ensure more students can retake the exam.

As Tennessee has removed barriers to retaking the ACT, the state has seen promising results from all students, specifically those who are economically disadvantaged, as previously noted. Nearly 52,000 students in the class of 2018 participated in the department’s ACT Senior Retake Day last fall.

Of those, nearly 40 percent increased their overall score. Tennessee is the first and only state to offer this opportunity on a statewide scale.

ACT results serve as a nationally normed measure to indicate college and career readiness. Under a new state accountability measure, called the Ready Graduate, earning a 21 on the ACT (or the equivalent on the SAT) is one of the four ways that students can indicate that they are prepared for life after high school and able to seamlessly enroll in postsecondary education and enter the workplace or the military.

While ACT is a survey test that is given in students’ 11th grade year and looks at the scope of what they have learned throughout their K-12 education, it is complemented by TNReady, which is a deeper, standards-based test that looks at what students learn annually and provides teachers and families with feedback each year.

Together, assessments like the ACT and SAT along with TNReady help to make sure students are ready for their chosen path after high school.

“With increased ACT access and participation, our state has sent a strong signal to the country that Tennessee is committed to providing opportunities for our students’ futures,” Commissioner McQueen said.  “With these results, more students are able to receive scholarship dollars, gain entry to postsecondary programs, and eliminate the need for remedial classes, allowing them to start their journey to lifetime success from day one.”

The department uses students’ best ACT scores—meaning that if a s­­­tudent took the ACT multiple times, the score included in today’s results is his or her highest score. This data is different than the results reported nationally by ACT, which are based on the last score a student received, regardless of whether it was the highest, and also include private school results.

Germantown Municipal School District had the highest district ACT composite in the state for the third year in a row, posting a 25.9 average, up from their 2017 average of 25.5. Additionally, Moore County Schools posted the largest gains in the state from 2017 to 2018, raising its average composite by 1.7 points to 20.6.

Three districts had more than 80 percent of their students scoring at or above a 21 on the ACT or the SAT equivalent: Germantown Municipal School District (85.6 percent), Williamson County Schools (81.2 percent), and Collierville Schools (80.8 percent).

Additional takeaways from the 2018 ACT results: