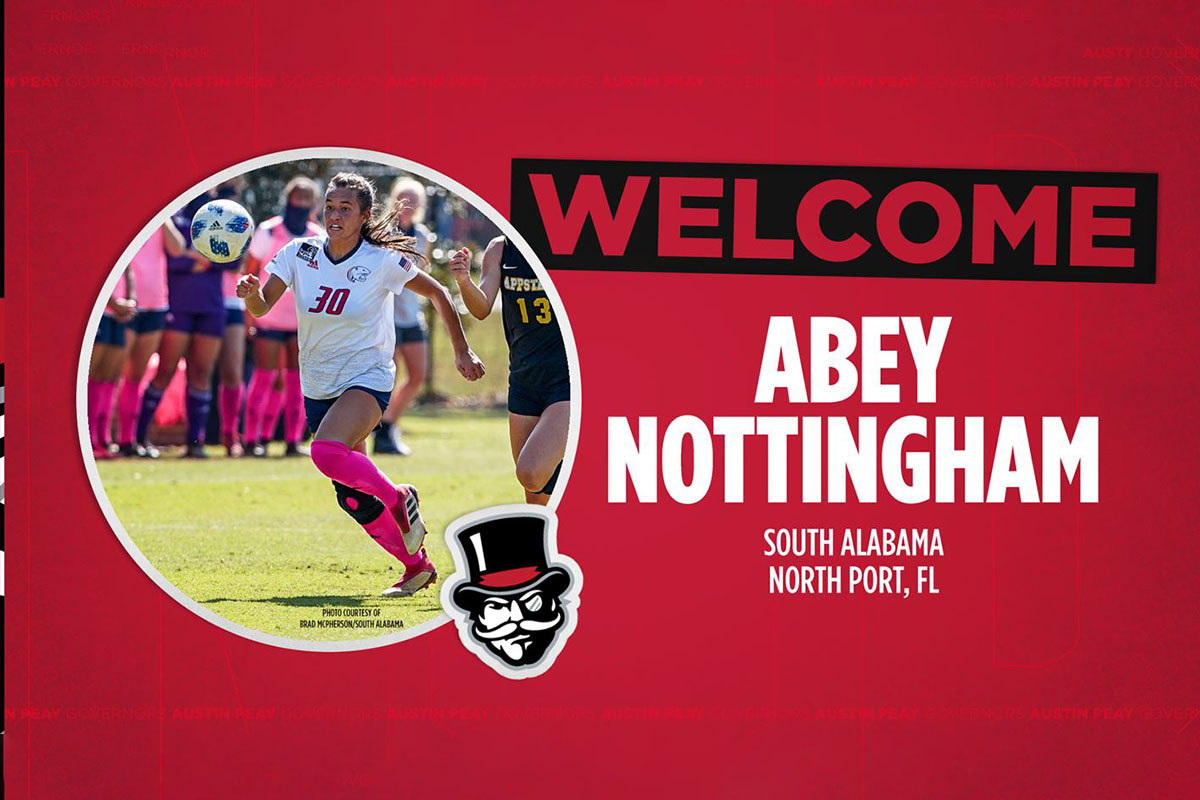 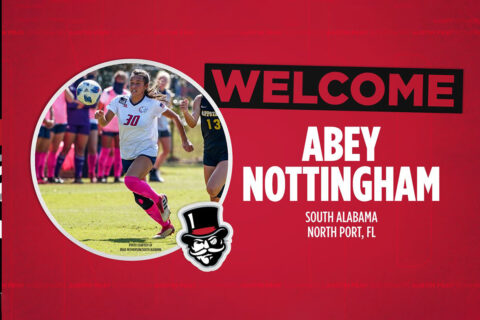 “We are excited to have Abey joining us,” said Kolarova. “We have a fairly young defensive group this year so adding another defender with some college experience under her belt will really help us.”

Kolarova continued, “Abey is strong, reliable, and has a good soccer IQ. With it being so late and her having played in the WPSL this summer, we are hopeful she makes an impact immediately!”

Nottingham appeared in eight matches and played 172 minutes during her redshirt freshman season in 2020, making her only collegiate start in the Jaguar’s 3-0 shutout win against Appalachian State (October 18th, 2020). The North Port, Florida native did not play in any of South Alabama’s contests in the spring of 2021 and made no appearances during her true freshman season in 2019.

Prior to her time in Mobile, Nottingham prepped under coach Bill Callan at North Port High School. Nottingham helped lead the Bobcats to Florida Class 7A District 8 titles in 2016 and 2017. At North Port, Nottingham also competed in volleyball and track & field, where she was a member of a 4×400 meter relay team that advanced to regionals in 2015.

Nottingham played club soccer for the West Florida Flames during her prep career. In the summer leading up to her joining the Govs, Nottingham has played for the Cape Coral Cyclones of the Women’s Premier Soccer League (WPSL) – an amateur league in the United States and Canada.